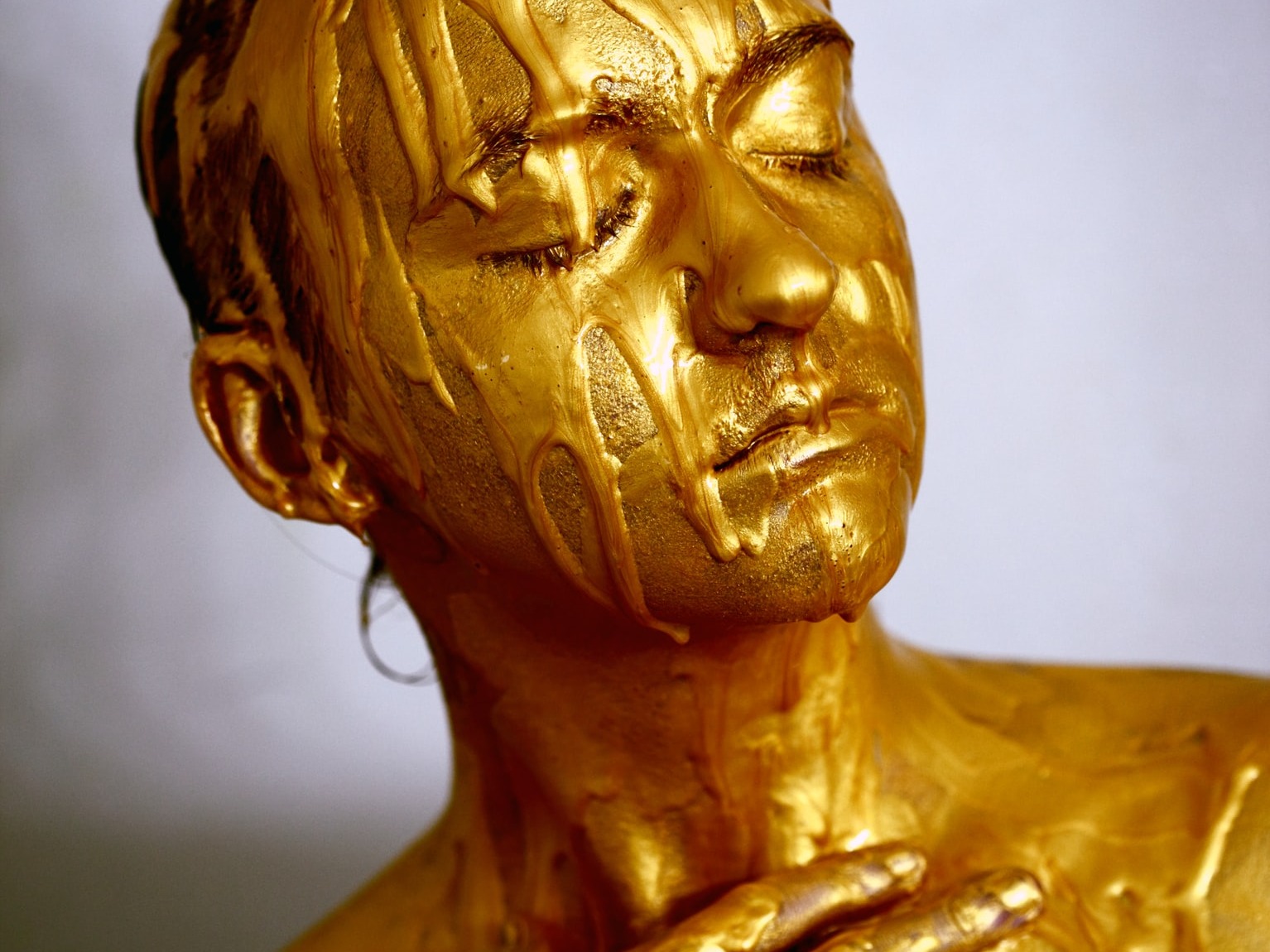 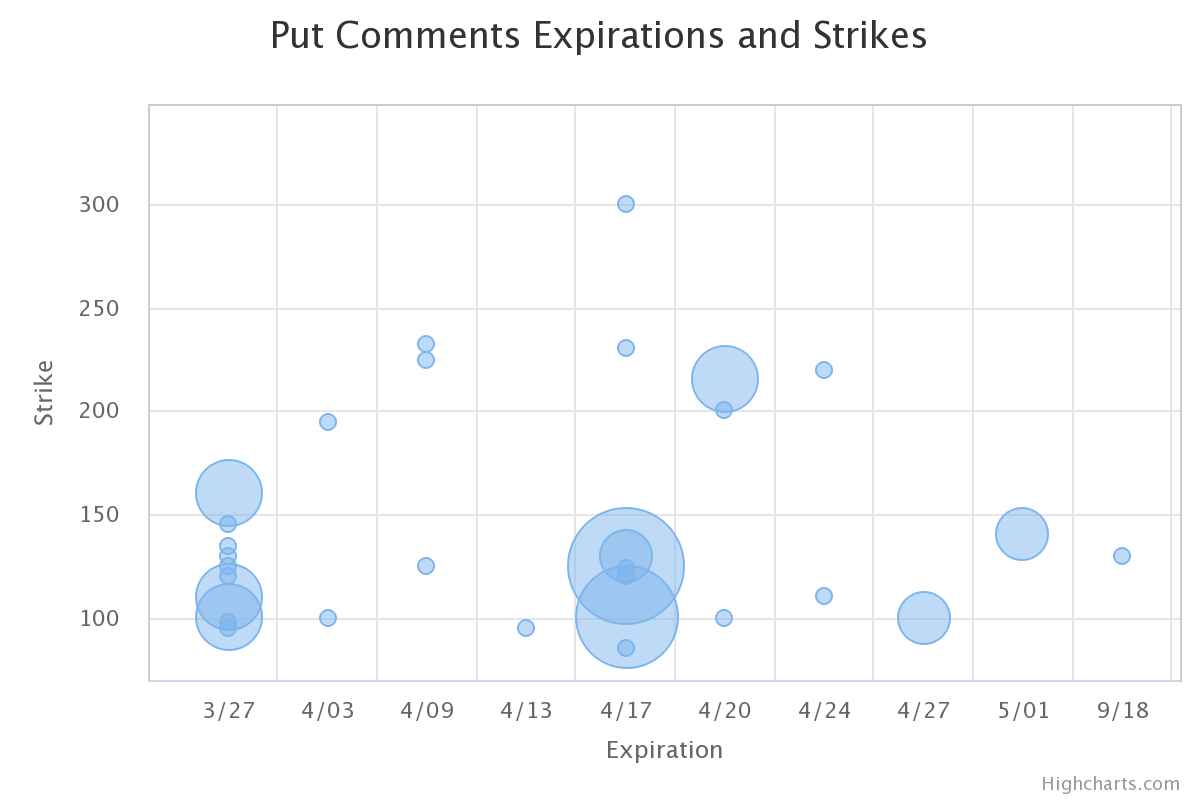 cadehalada Shorting Ulta is a bad play. They have lots of cash and I did my own DD before doing anything.

Me: you ever heard of a company named Ulta?

Me: you think woman will stop buying makeup with all this crap going on?

Also keep in mind that WSB is an echo chamber of autist guys gambling on the stock market.

Infamous_Wiggles I also did my DD on Ulta: When I came home from work on Friday there was 3 Ulta packages on the porch for my wife.

I asked her boyfriend about it, he said he still wants her to look nice.

Conclusion: There's plenty of bored females out there that want to show off their eyeshadow game over their masks. I don't think this one is going tits up right away.

tongboy You know this place is too bearish when you're betting directly against peak $BECKY.

have you seen the $ULTA put holders? they're all dead, drug through the streets by those basic bitches in their land rovers and fast fashion.

You're too early - realization hasn't hit main street yet - everyone is still ordering and buying this stuff like it's crack - even with stores closed down - good will from employee retention and past performance through recessions will prop this up for now.

Roll those out until may and hey, you got a stew going...

Medicated_Dedicated My girlfriend said the same thing. Actually, she started watching make up tutorials on YouTube because she says she has a lot of time in her hands.

My wife said that she wanted to start filming them...

blargghonkk Filming her getting railroaded by her "he's just a friend"?

Infamous_Wiggles I also did my DD on Ulta: When I came home from work on Friday there was 3 Ulta packages on the porch for my wife.

I asked her boyfriend about it, he said he still wants her to look nice.

Conclusion: There's plenty of bored females out there that want to show off their eyeshadow game over their masks. I don't think this one is going tits up right away.

Desmater That's what I am saying. You have to start checking fundamentals of the business you buy puts in now.

Almost all stocks are 60% down. The ones with poor balance sheets and growth will die. The rest will trade sideways/pop on earnings.

_Gunbuster_ Do you and/or your wife still have your jobs? This aspect will come into play very soon.

cruzeog U sure, I heard they spent all they cash 💵 on buybacks at all times high. It looks like they gonna be a toast soon

XenithShade I told peeps that last time, they didnt listen. Its a critical part of $BECKY

The makeup industry is a lot more powerful than you think. 50% of the pop needs it

On stores being shut...

datdur73 I’m just surprised people don’t assume that the people that get paid to trade haven’t already priced in things that are guaranteed to happen. This was a 100% chance of happening for the past week. Everyone knew this. Every major city began closing non-essential stores. But when they close them in Idaho, we think that hasn’t been priced in...? I’m holding puts too....but this was priced in last week.

boon4376 I wouldn't say guaranteed. Could just be pump for behind the scenes dump, but every CEO / Hedge fund manager on CNBC / Every finance interview has been talking about how great a time this is to buy, how we're at the bottom, how things are going to swing right back up.

It appears that the market is significantly more confident than the medical community at this point.

If all this was "priced in" it wouldn't keep dropping. Because this isn't based on fundamentals, the market is still hugely reacting to sentiment and new disease data. Balance sheets, financial data, is not influencing the market right now.

Why WSB is weeding out promoters and deleting their comments:

datdur73 Market drops over time. The concept of a virus was priced in. Anyone with half a brain knew that once the major cities closed, it would happen everywhere. I can promise you MMs took this into account. It’s a virus...viruses spread...faster in higher dense populations.

Listen I’m holding puts too but if you think news of individual stores closing doors is going to tank prices, at this point in the game.....you’re so late it’s not even funny. Look at ulta.....some dumbass convinced every other dumbass to short them because they announced doors closing. And look at what happened...price didn’t move because it was already priced in. Actually went up. Don’t be one of those people to fall for that

KRVROTMG Ulta is a p good company imo, might even be a long rn. They have no debt, and while growth is slowing and SG&A seems to be growing a bit over time I doubt that corona will have a sizable effect on their long term cash flow a couple quarters or a year or so out.

JoeRogansChimpArmy Betting against LuLu and ULTA is retarded. God speed

tjc3 How so? The crazy IV is a bit frightening, but I bought recently so the retarded bounce we saw didn't really fuck me.

Luxury goods are the first to go in a recession/depression. SHould have added TIF to my anti becky portfolio

The natives getting restless:

JoeRogansChimpArmy How many women do you know? Honest question. ULTA IS THE DISCOUNT OPTION YOU FUCKING MORON. Sephora is the actual rich one. I haven’t researched lulu but given you’re making a retarded bet on ULTA I’m guessing you’re wrong there too. Look at ULTA’s balance sheet. It is absolutely ROCK FUCKING SOLID. I’m not saying it’s a guarantee that you’ll fuckup but it’s such a bad choice given the available options. Also, women view makeup as a necessity. It’s not an expense they will cut.

TLDR: Talk to a woman ever

tjc3 There's no need to call me a moron you mother-whoring, sister-fucking, smoothbrain, Irish retard.

I know a fair number of women, but yea they're not the dog-faced dumpster women in your life who need makeup and perfume to compensate for their ugliness and foul skank stank.

ULTA and LULU are luxury products just like TIF eg. you don't need them to survive. The only things rock solid today are TP sales and your shameful, bear porn-induced boners

WSB_Slammer Waitresses aren't going to have any money or a reason to wear a new face for months. Cake-faced boomers are going to croak. Tinder dates extinguished. Hookers wont be roaming the streets of New York for years.

JoeRogansChimpArmy Ask your boyfriends sister about her makeup consumption. Then look at Ultas balance sheet. They aren’t going anywhere.

Throwawaylemm Explain. I have 1 ULTA put, its down about $160 and i paid a ton for it. Idk how accurate the info RH is displaying cuz the market is Closed now but it say volume is 900 and open interest is 2,000. Should I sell that shit first Monday morning? Has that post been taken down, can’t find it anywhere.

TldrDev Yes you should sell. Ulta was literally a zero volume option. The guy bought a bunch of the options, and then posted here, which increased demand for puts above and beyond what it should have been, causing a sudden influx of orders. He then filled those orders, making money on the sudden surge of demand.

The post was taken down because it was a pump and dump scam.

Throwawaylemm Thanks for explaining. Lots of posts were in there said they followed that guys advice for Zillow puts as well. Is that a scheme he does and the others who jump on sell the put for a profit rights after buying it while the premium price is spiking. From my limited understanding, its like manipulating IV. Is IV more related to the volume of buyers than say if Monday is green or red? When is the best time to get out of this put with my premium intact lol

JoeRogansChimpArmy Don’t fight ULTA. Look at their fucking balance sheet. Plus, I was talking to my wife’s boyfriends sister about ULTA after reading the DD. ULTA has a titties reward ecosystem that can be used online and in store. It’s not as expensive as Sephora and even the brokest beckys aren’t going to target for all of their makeup. PLUS READ THEIR FUCKING BALANCE SHEET. Literally all of their full time Becky staff are being paid still because they’re rock solid.

Do not fuck with ULTA. You will die.