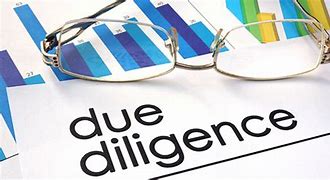 I'm sure you've all seen some of this in various threads over the last few days so here is what I see as the complete short term case for UWMC in one place. Disclaimer: I am not a financial advisor this is not advice don't listen to me etc.

Before the content let me say I'm not going to talk about the fundamentals of this company today (they're great), the value even with no short-term price movement, a super good dividend, the wild housing market, the great strategic decisions the company has made, or anything other than strictly the stock. I like the company, but I love the stock.

UWM has 1.6 billion total shares, but 1.5 billion of them are owned by the CEO and not traded. The Class A shares outstanding are 103million, with ~13million owned by insiders. That's a 90 million public float, with another 25.5million in institutional ownership. Institutions can sell, of course, but a lot of this ownership is large conservative firms that aren't day trading this stock. (Pension funds, Vanguard, etc.). I would estimate the actual "active" float at less than 70 million.

Average daily volume is very low - volume Friday was 4 million, and there have been recent days with volume south of 2 million. The last time volume was more than 20 million was the first week of March, and look what happened to the stock. (Spoiler: it ran up to 12.50) If this stock gets real sustained volume, it can and will fly.

In the post-GME world we just aren't going to see short interests over 100% anymore - the highest on the market right now is 40-50% in Pubmatic and Root. But the shorts aren't gone, they're just more sneaky. The official Short interest over the last two months has been in the moderate zone, a bit below 20% of the active float.

Short interest through May 15 won't be available until the 25th, but short volume has spiked since RKT's disappointing earnings took the stock down to ATLs. In fact over 50% of the volume on 6 of the last 7 trading days was short sales. (Source) The shorts are here and they are relentless.

Last Monday, there were up to 400,000 short shares available with about 3% interest. Right now the short fees are around (or over) 100% with almost zero shares available to short. (Source) It's over 300% on Ortex. This is the same pattern that was seen in AMC last week, RKT in March, and other stocks that have had rapid runs.

Regarding naked shorting and FTS - It's happening, and it's significant. UWMC has been on the threshold securities list for 12 straight trading days. I'll let the recent post on this speak for itself and not explain this again except to say the official FTS data is only available with a 1-month lag so recent hard numbers aren't available.

Monday during earnings, UWM announced they will be buying back $300 million in stock over the next 2 years, starting this week. At the Friday closing price of 7.51, that's about 42.5 million shares, or half of the active float of the stock. Disclaimers: 1) they can only use about half the money (21 million shares) before the public shares become too low to be considered in the Russell 1000, which the CEO has said he wants next month. 2) They have 2 years to spend the money. But, they have every incentive to strike quickly due to the cheap stock price (and the CEO has said as much). 3) There are legal limits on daily buybacks equal to 25% of the average daily volume of the stock - 7M right now, so a limit of 1.75M shares per day. That's still a huge, huge potential amount though.

What does this mean, in effect? Besides the obvious buy pressure and lowering of outstanding shares, incredible uncertainty and risk for anyone now shorting the stock. It's tough to go heavily short when a million-share buy order could be coming in at any time.

There's no way to know when buybacks are happening, but there was a suspiciously big buy on Wednesday afternoon at about 1:45pm. Based on this and public statements from the CEO, It's safe to say that the buybacks are actually happening now and not theoretical.

This is where it get juicy. The options interest on this stock is massive, especially on next week's 5/21 expiry. Between the $7.5 and $15 strikes, there are 205,500 open call contracts expiring next Friday. That's 20.5 million shares if they are all exercised. Most importantly, the average delta of these options is currently about 0.1 - meaning the big Market Makers are only 10% covered on the shares**.** The 9, 10, and 12.50 strikes each by themselves all have open interest near to or greater than the entire daily volume of the stock on most days!

Conclusion - What needs to happen

First, this needs to sustain above $7.5. The stock spent most of the day last Friday banging against a 300k share Ask wall at $7.5, and finally broke it at close (and climbed AH!). This was huge and encouraging, but I am 100% sure the shorts and option MMs will be back to try to pin it at 7.5 all week long. (Tangent: go look at what happened on April 16, the last options expiry date. it closed at 7.49 on the dot, wiping out everyone's options on both sides.)

Second this needs to get to, and through, $9. Once the price approaches and breaks $9, Delta is going to force the MMs to buy shares to cover their contracts. And once the price momentum breaks to the rapid upside through the $9, $10, $11, and $12.5 strikes, there are 12 million short shares that will need covering.

It's not quite a pure gamma squeeze, and it's not a pure short squeeze, but there's elements of both here and it's all converging this week.

TL;DR: This stock has a low active float, a whole bunch of shorts, and a huge amount of unhedged calls expiring on Friday. All in the midst of a gigantic share buyback. The conditions are perfect for a huge run.

DD2: Why concrete companies are going to be the next meme stocks u/GGEuroHEADSHOT

Alright so I'm sure you've heard of Biden's proposed 2.3T American Jobs Plan, fixing and creating vital infrastructure for the US economy while at the same time employing thousands for work. Out of this Bill, there is around 621B allocated for transportation.

Here is a quote from the White House's website about allocation:

Repair American roads and bridges. One in five miles, or 173,000 total miles, of our highways and major roads are in poor condition, as well as 45,000 bridges. Delays caused by traffic congestion alone cost over $160 billion per year, and motorists are forced to pay over $1,000 every year in wasted time and fuel. The President is proposing a total increase of $115 billion to modernize the bridges, highways, roads, and main streets that are in most critical need of repair. This includes funding to improve air quality, limit greenhouse gas emissions, and reduce congestion. His plan will modernize 20,000 miles of highways, roads, and main streets, not only “fixing them first” but “fixing them right,” with safety, resilience, and all users in mind. It will fix the most economically significant large bridges in the country in need of reconstruction, and it will repair the worst 10,000 smaller bridges, including bridges that provide critical connections to rural and tribal communities. The plan includes $20 billion to improve road safety for all users, including increases to existing safety programs and a new Safe Streets for All program to fund state and local “vision zero” plans and other improvements to reduce crashes and fatalities, especially for cyclists and pedestrians

This will be the largest infrastructure plan since FDR released the New Deal, nearly 100 years later. 173,000 miles of concrete, 45,000 bridges made of... You guess it, concrete.

With 621B up for grabs thats going into a product that gets manufactured, bought, sold and which companies issue shares for this is a once in a lifetime opportunity to hop on the concrete and cement train.

Even if its less than 621B, say what gets agreed on is 450B, I guarantee you out of anything in the entire two plans, the infrastructure will go through.

How to play this:

Load up on concrete. Firms and funds have already been doing this quietly in the background. Look at $PAVE, the US Infrastructure Development ETF. Since Biden was elected, its been on an escalator ride up. I believe this escalator will turn into an elevator soon enough, especially when the Dems and the Republicans get an appetite for all the sweet sweet gray concrete and black asphalt.

So you can either go the ETF route or hop into individual companies.

Some of the top US Concrete companies:

CX is what I'm currently holding, got in around $6.50. I personally think anything under $10 is a steal. I think these are all going to run hot in the next few weeks with chatter around the two bills. Their revenue last quarter beast estimates by over 1000%. You read that right. They are perfectly positioned to take in a big chunk of this government spending. Look what they focus on:

That is exactly what we are looking for from a company who will profit over this bill.

I currently have a mixture of shares and options in CX, every time there is a dip I buy more. Including this last week. I wouldnt be surprised if this stock runs up to $15 when the final approval sets.

At the time I wrote this article, CX is trading at $8.34. I don't believe we will ever see another bill this large with the sole purpose of infrastructure. Like I said, Franklin Roosevelt had his Infrastructure Plan approved almost 100 years ago. Don't miss this train.

Michael Burry being short TSLA at a perfect time.

I have a back ordered Model X and a pissed wife with a baby ape growing inside of her. She's do in July, car was supposed to deliver June, instead they are telling me Oct - now I am hearing Feb 2022.

I spoke to a sales rep at Tesla she says they haven't delivered any Model X or S this year and she doesn't think they will. TSLA is really effected by the chip shortage, orders from Dec. were promised Mar. & now they aren't expected till Oct and may be pushed back over all to 2022. Orders are being canceled, and you even have UFC fighters calling them out https://www.teslarati.com/tesla-elon-musk-beneil-dariush-ufc-model-3-loaner/

TBH I am just pissed Dariush gets a loaner and I don't, so I have decided to go about it my own way. I have puts and I am going to buy more puts tomorrow and hold it until it makes me enough money to buy my car cash.