SPCE buzz is on a tear over the past 24 hours

There's been a solid Increase in comments on Wallstreet bets over the last 24 hours. Here's what you need to know: 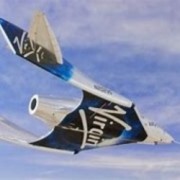 SPCE was in the news this week

“Lying to people that it is 140% short to get 244mln volume.. Yeah that sounds like a right thing to do.. You have the wrong understanding of "float".. Camath and all other tutes can sell and shit on retails head if they see the price attractive or lack liquidity becuz they have been funding shitty spacs that are down 50-60% since feb.. Float refers to tradeable shares and 145m is the float. You cant just hope that the tutes wont sell.. See AMC and silver lake.. Or camath and spce.. I am not talking anybody out just correcting the BS people are bringing.”

“Chamath should be investigated for insider trading on spce. He must’ve known Branson was gonna sell”

“first he says he is not selling SPCE, and then dumps more than 80% of his position. Richard branson sold like $150m worth of shares the other day. I only trust 2 guys right now, Elon Musk and William Li.”