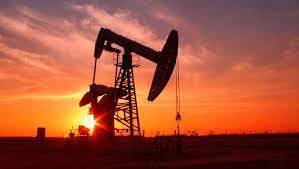 MRO has been in the news:

You want to invest in a company that had a total of 79 million free to put towards debt and dividends last year and not much more the years prior? THEY HAVE ALMOST 100X AS MUCH DEBT AS THEY COULD PUT TOWARDS REPAYING IT LAST YEAR. When are you going to get your investment back? Beginning on year 100 at which point it will take another 33 years?

"Ape" "Rocket Emoji" "Stonks".. are you underwater in a trade or do you actually believe in this company?

This entire post sounds like someone took a look at the most common words in WSB posts and attempted to sound like a retard degenerate. Eat more crayons, the style comes eventually.

I honestly believe in them! I can also honestly see the price of gas going up even more in the next 6 months also. You do not have to agree with me, and I could care less if you did. I am not underwater, I just see upside. Have you been following Oil recently? Can you add anything of value to our discussion? I am all for something reasonable that you might have to say. I would not worry about any debt considering the price per barrel.

Oil to me seems very precarious as of the next two months, it’s hinging on the fact that OPEC doesn’t increase production, even though they (like everyone else) are absolutely bleeding money. They promised to cull production until an unspecified point in April but each day of reduced demand weighs on that timeline hard. It also is banking on the idea that Iran and Russia, who are both in financial trouble, don’t capitalize on the reduction in oil production from OPEC and flood the market. Iran is already doing it by dumping oil into China, which is suspected to see 90% of the future growth in oil demand over the next year.

Russia said they would abide by a gentlemen’s agreement and reduce production, but now with President Biden going after Putin and most likely sanctions going into place due to the Navalny Affair, anything is fair game, especially if Russia can profit, negate sanctions, and hurt the US while having a valid excuse to do so (and making us the bad guys in the situation).

Aside from that, a third wave of COVID is rampaging through Europe and more lockdowns are going into place throughout many of the countries there, with a laundry list of countries shutting everything (or some things) down until it subsides, yet again. With those shutdowns demand will be driven lower until the lockdowns can cease, at which point the only problem will be the forced supply reduction, which again, will not last long. Do not think oil is a great play until all of that begins to resolve.

On top of this the SEC is promising to go after oil about curbing its emissions, and they just presented in congress a new Bill aimed at establishing and promoting green infrastructure and energy sources to reduce dependency on oil

You are right about the SEC. But the funny thing is what are they going to do about plastic bags? Those are made from Crude oil and they are not going anywhere anytime soon. Green energy is a joke as it relies on things like Oil, etc to power the power plants. Whats worse than Oil for the planet? Cobalt and what is Cobalt being used for? EV's and batteries involved in renewable energy. Also common sense tells you that your EV cannot travel more than 200 miles tops before it dies out and you no go vroom vroom anymore. Oil is like an IPV4 address, widely used and not going anywhere anytime soon.

I fully agree with you, but I’m not talking actual intrinsic value, I’m just saying I don’t think the struggle bus has quite run out of gas yet

Im not seeing that struggle. As a matter of a fact I know that MRO has been on a hiring spree in Findlay Ohio due to the price increase in Brent Sea Crude. Last year they laid off tons and now they are being called back. I live near Findlay and I see and hear a few more things that some are missing. But I am just a retired Army APE me like Bananas when they go brown!

Hold on tight to these, they are good as Gold.

MRO at the very start of a nice move to the upside over the next month.