The small investors on Wallstreetbets are getting reinforcements from abroad 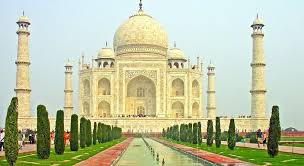 
The GameStop trade has gone international. After rising 400% last week, the India Times reports that small investors throughout Bharata are getting into the game.

“GameStop has been the most traded stock in our userbase for the last three to four sessions as we witnessed trades worth Rs 17-18 crore,” said Sitashwa Srivastava, founder of Stockal, a platform that allows Indian investors to buy international stocks. “Traders have been actively buying this stock from Monday itself, based on various discussions going on in Reddit.”

Foreign stocks are nothing new to Indian investors, and interest has been on the rise for the past few years. However, this a level of euphoria never before seen in foreign stocks. Viram Shah, co-founder of Vested Financial, said GameStop has exceeded Tesla in interest: “19% of trades on the platform this week were in GameStop, making the video game retailer’s stock the most traded on the platform.”

Fractional shares have democratized investing in the US and India alike. Small investors can now trade freely, without having to worry about being able to justify a $9.99 trading cost. “Since we allow fractional share trading, many clients have also been dabbling with small amounts,” said Prateek Jain, cofounder, Winvesta, a brokerage.

Hear about wallstreetbets stonk trades before CNN whines about them