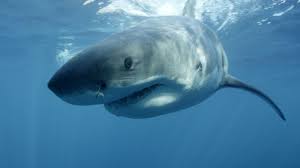 DISCB was in the news today:

95% of the DISCB is owned by one guy, media executive John Malone " So really there were only roughly 305K shares to be bought of DISCB today (at most). MUCH smaller float than VIACA. Orders of magnitude. So, maybe some bump if enough people buy, but likely nothing like what DISCB saw today. Edit: MarketWatch puts DISCB float at **228.45K** and VIACA float at **10.52M.** Not even fucking close

Really great DD, but I think you might be missing 2 points. Firstly, from what I read, the 95% of shares owned by insiders for DISCB was owned by 1 guy, so illiquidity was cranked up to the max there and secondly, the average volume for DISCB was incredibly small 3,300 shares is amazing. VIACA has avg volume 71 times that. Today VIACA's volume was already 4x than normal and it still went down 5% just like normal VIAC shares. I'm not saying it won't go up like DISCB I just think these are solid differences that might prevent it from 2 or 3xing.

DISCB is a totally different situation. Only 5% of the float was tradeable so today was a huge short squeeze. It's price is now higher than pre-Archegos blow up. I don't know if VIAC will go up or down, but do not expect it to move in the same way as DISCB.