Most popular user due diligence on reddit's wallstreetbets 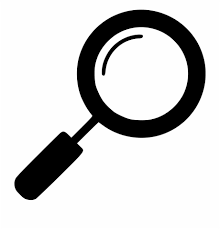 This is going to be the first post of 5 regarding crispr, and why it's the play of the decade 🚀 🚀 🚀 🚀. Mods, thank you so much for letting me post it. If there's anything I need to do I'm happy to make any edits (no pun intended).

The next post will be about their current drug pipeline. This DD series is the product of 80 hours of reading 10-k's, licensing agreements, court filings, and a lot of adderall.

What is crispr? Crispr stands for clustered regularly interspaced short palindromic repeats. It's a tool that is found in bacteria that can simply put can edit genes.

Why should I care? Crispr is easily on of the biggest discoveries of the 21st century, and received a Nobel for its discovery last year. It's not an understatement that in the next coming years crispr will impact just about every part of our lives. It's not just me saying this. Bill Gates (poured in $100M), and momma Cathie believe that this is one of the most revolutionary things of this century. Joe Davis of Vanguard found the idea multiplier to be similar to how the internet took off.

Most Positive Sentiment: DD on Coupang and why it can it can moon u/jorgennewtonwong

As you may have known CPNG recently IPO'd with the valuation of about $35, leading many to believe that the stock price is currently overvalued. I've taken a quick look at this company along with $SE and I'm bullish on CPNG. What I expect is for this company to demonstrate to the market what theoretical saturation really looks like.

2) Their lifestyles are extremely busy compared to the rest of the world and the tradeoff for money over convenience is likely going to create a flywheel effect. G-Market is considered the cheaper option to Coupang for now, but as volume increases, prices are likely to fall.

3) Companies in S Korea, unlike SEA or China, are extremely "Chaebol". The large brick and mortar retailers have historically marked up their products. The standard was to sell something for multiple times MSRP Lately they have been getting destroyed by e-commerce and most of the e-commerce is being destroyed by Coupang. Ebay Korea has been looking to sell their position in the market for a fraction of the valuation of Coupang, but nobody is interested in buying. The number of competitors mean nothing.

4) Coupang owns the entire supply chain, up and down. They own the inventory and they own the drivers and warehouses. Their algorithms are extremely good as well and it is catered to the Korea audience. As they gain control of this market and crush out the competition, Coupang will have significantly more pricing power. Their Amazon Price subscription is mere $2.5 USD a month.

6) Coupang has demonstrate the deepest ability to monetize their consumers in the market. $SE has leaned on its extremely profitable gaming arm Garena to fuel infrastructure. But market depth and consumer service quality is unparalleled. Consumers trust Coupang enough to buy groceries on a daily basis.

7) This company trades a significant discount to its peers for a few reasons, the lack of an AWS-like product. The reality is, Coupang is currently deploying the $4 billion dollars to tack on higher margin technology services. If you look at the second revenue line, the other sources of income is currently small, but growing rapidly. The company looks poised to completely control a passive, wealthy and easily marked up audience upselling them on a wide range of products unheard of in other e-commerce platforms. Once that objective is completed, their services become exponentially more valuable.

8) Currently sales are $11 billion dollars, looking to trend to $22 billion in sales for next year. Best Buy currently trades at $16 billion in sales and is roughly $30 billion, which is roughly about what Coupang trades in line at (~ currently priced at $50 billion but adding on a much faster growth rate would place the company north of that line, $80 billion is rich but reasonable). The key thing is that adding additional product lines has been very easy. Kroger alone has about $60 billion in perishable food sales and Coupang is the only e-commerce company in the world to really have controlled this type of market. Companies with no foothold in grocery stores are likely never going to have that going forward. Purchases by parents are built on an immense level of trust and are not price sensitive. Chewy sells pet food (another super insensitive purchase category). There's a lot of $$$ to be made here.

9) The owner is relatively good at pivoting and one hell of an operator so realistically you will not be able to buy the stock before the news comes out when they find their best new hot thing to drop $4.6 billion on. The best thing to do is wait for this stock to trade sideways for a while and pick up what you can while the narrative is focused on the inability to leave their home country (which ultimately will be the story for every e-commerce investment).

10) Hostility to Coupang being unable to enter other spaces is overblown, other than general hatred for Chinese and the Japanese having hatred for specifically Koreans and humorous hatred for foreigers who don't take the time to learn a culture, there is no reason why Coupang can't compete in SEA. I've never seen this level of market domination in a competitive environment with reasonable profitability outside of Amazon. $SE has the advantage of Blue Skies and SEA gamer boys, but nobody can club heads like Coupang.

tl;dr: PLUG has a history of burning shareholders and customers, does not make an economical product, and the shares are worth much closer to $0 than to $30. If you're thinking of buying shares or calls, don't. If you hold shares or calls, sell them. If you want to make a bet, buy puts.

It's July 2000. You've made a decent amount of tendies over the past few years investing in hot tech companies. The markets are down a fair bit from their March highs, but that just means there are more buying opportunities. Maybe you can find the next Microsoft.

You find a stock that looks promising -- Plug Power. It's down 50% from its 52-week high, but you're sure it's gonna be huge. Green energy is the future. It's got the largest company in the world, General Electric, as an investor. Bob Nardelli, the head of GE Power Systems and a contender to succeed Jack Welch, is on the board of directors. And their joint venture with GE just announced a deal to sell 1500 fuel cells to a Saudi Arabian trading company controlled by the royal family. If even the oil kingdom is moving to the hydrogen economy, you want to be a part of it. You're buying.

Over the next few years, you will lose more than 95% of your investment.

What happened? Well, there is public documentation on some of this: the Saudi trading company sued Plug and the GE subsidiary that co-owned the joint venture in 2008 for breach of contract and misrepresentation. You can find a summary of the complaint here, but I'm working from a copy of their First Amended Complaint.

The complaint alleges that GE and Plug "understood by February 1999 that [Plug's fuel cells] would never be marketable" but formed the joint venture (GE Fuel Cell Systems, which I'll call either GEFCS or just "the JV" for short) anyway to try and recoup costs. Soroof (the name of the Saudi trading company, but I'll call them "the guys who financed 9/11" for long) further alleges that GEFCS was just an empty shell with "nominal assets consisting of a small amount of furniture, a telephone switch and a computer server" and an office subleased from Plug. And GEFCS duly extracted $1 million from the guys who financed 9/11 in exchange for exclusive rights to distribute the fuel cells in Saudi Arabia.

Somewhat incredibly, the complaint alleges that Plug and GE then proceeded to jerk around the guys who financed 9/11 for five years, telling Soroof over and over again that they were improving the product and it wasn't quite ready yet but it would be soon. Finally, "In 2005, Soroof expressed its dissatisfaction with [GE and Plug's] complete lack of performance to date", which you might recognize as the same thing your wife did right before she introduced you to Chad. The JV had effectively been dead for years (or so Soroof claims), but GE and Plug knew to expect a lawsuit, and hurriedly wound up the operation, with PLUG indemnifying GE against the first $1 million in claims arising from GEFCS. Plug filed an 8-K notifying the markets of the termination of the JV, but they didn't tell the Saudis. And when the Saudis found out in early 2007, they completely lost their shit, and they sure did sue. (As best as I can tell the lawsuit ended up dissolving in a flurry of procedural arguments. I'm not a lawyer and I don't care.)

So if this complaint was filed by the guys who financed 9/11, why should you believe them? Well, there are other signs that the higher-ups at GE knew pretty quickly that Plug's fuel cells weren't going to be commercially viable. GE had agreed to buy fuel cells from Plug in early 1999 -- but they couldn't meet specifications and cancelled the entire contract in spring 2000. Bob Nardelli was off the board by mid-July 2000, and it's telling that neither his LinkedIn page nor his successor's nor the president of the JV makes reference to their involvement with Plug or GEFCS. And this also sounds like the MO of General Electric circa 2000, which was, in hindsight, a bag of shit trading at 50 times earnings propped up by expansion into questionable businesses like long-term care insurance and a whole bunch of accounting gimmicks. That stock is also down more than 80% from its October 2000 high, although at least you got paid a dividend for your trouble.

But the biggest reason GE should have known early that Plug's fuel cells wouldn't be marketable is basic physics. To get green hydrogen, you need to consume electricity to separate water into hydrogen and oxygen (losing some along the way). Then you need to consume more energy to compress and transport the hydrogen. Then you turn it back into water, electricity and waste heat in a fuel cell. It's much cheaper and more efficient to transmit the energy directly over high-voltage power lines! For some applications -- like the forklifts that Plug promotes today -- there is a last-mile problem to solve, but as I'm sure you've heard, battery technology today is very good, and it's just more economical to use battery power. (I'll have more to say about both the physics and the forklifts in follow-on posts.)

Through the fiscal years 2001-6, Plug Power produced a cumulative loss of $16 million on $67 million of revenue before any operating expenses. Their net loss was much worse. By early 2007, the stock was trading at about where it is today on a split-adjusted basis, and if you bought in July 2000 you were down 95%. It got cut by another 90% before it rallied last year. And today looks a lot like July of 2000: Plug is partnering with big oil companies and taking sovereign investment money. More worryingly, it's delinquent filing its 10-K for 2020 and is restating its accounts for the last two years, and it posted a negative gross profit in Q3 2020. Learn from the mistakes of the past. Sell the dip in PLUG.