Pickaxes and shovels of virus testing 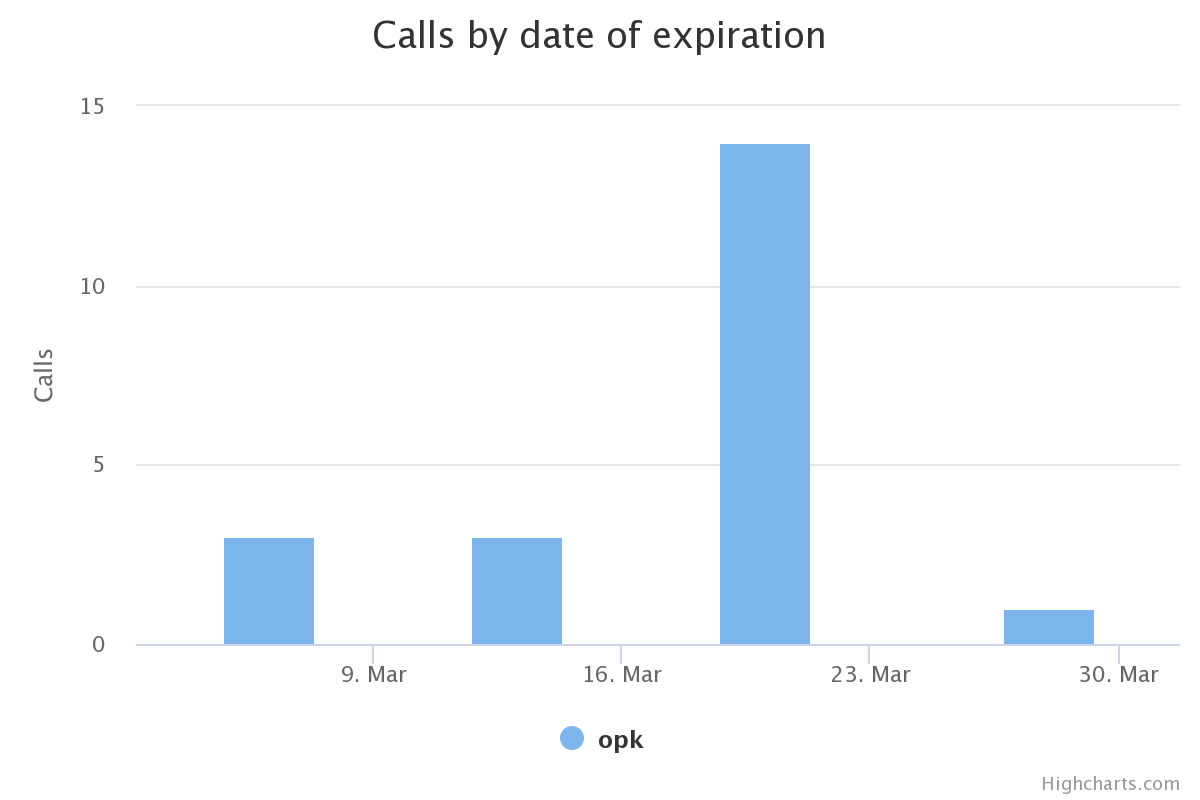 Kockx2019 Throwing out an idea.... $OPK has a new COVID-19 testing kit.... Do it! LeAmerica $OPK is going to start COVID-19 Testing next week they announced. Likely will be huge for their otherwise slow testing business. I'm in on OPK Calls for at least a month out. May load up more. Everything I hear is that people need more testing.

nameihadtomakeup Who are they funding? People who provide tests see opk.... go to Stocktwits.com put in opk it’s them and a handful of others with the best chance... that’s one angle anyway

muchtouch Man OPK is blown out like Jamie Diamond heart.

AsaKurai Don't, OPK is one of many involved with this virus shit. I would buy puts over calls tbh

iiArmy They are one of the largest health labs in the United States..?? Wouldn’t say the company is a scam it’s a legit business for testing for civilian and government. There well known in the west coast

ButtFart88 MEME stocks only go up and have shown themself to be completely recession proof for some stupid reason. I’m going balls deep into INO, OPK, and MMED tomorrow. Post apocalyptic meme stocks for life.

jhod93 Short OPK calls looking really good right now. I guess Pence said that there’s a shortage of test kits, or something to that effect. You’re not going to get rich off of it, but they’re cheap and inflate rapidly before becoming unstable.

INO is past its prime.

Honestly, if you don’t buy a call within 15-20 minutes of hearing some positive news about a pharma company that’s working on something COVID related, it’s not worth it. Most of these will be flops. So I’ve been flipping calls quickly once I’m content with the gain.

Buffett's now in it for the lulz...

WBuffettJr My spidey sense is tingling. I suspect OPK is the meme stock tomorrow. (Disclaimer I have 1% of my portfolio in it just for the lulz). 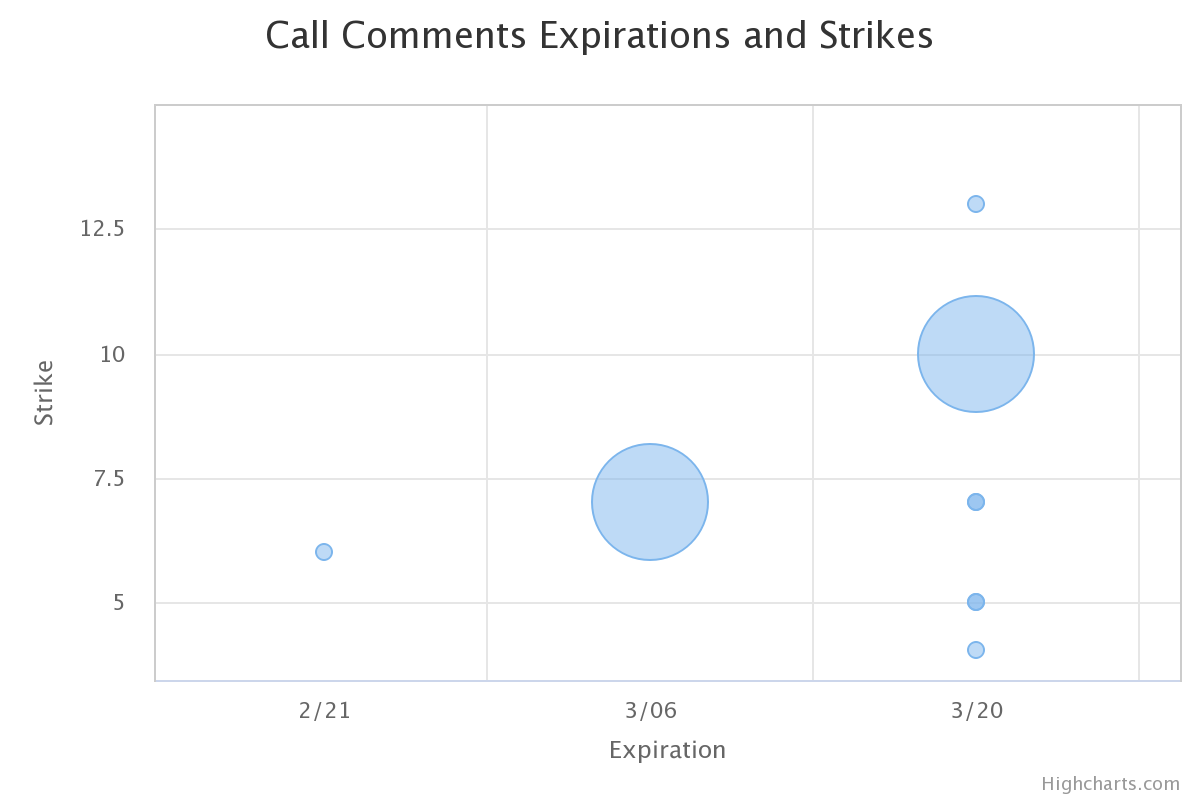 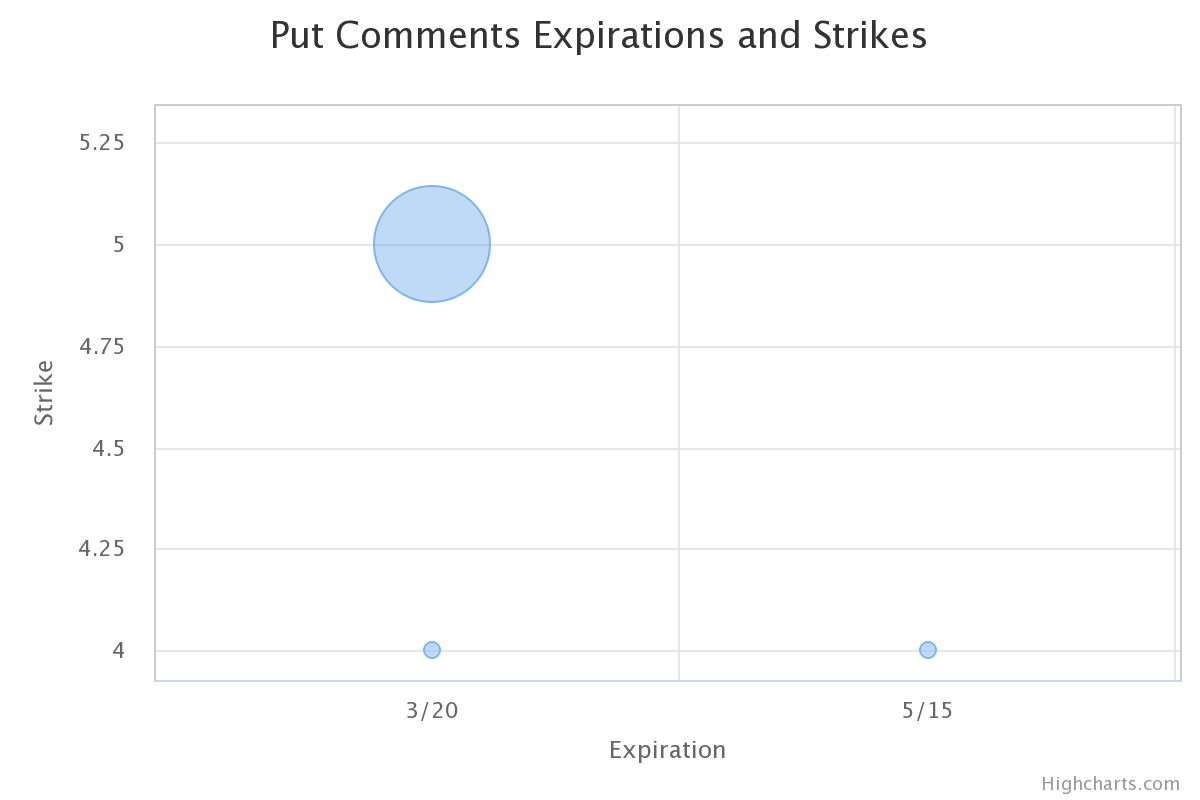 Biggi's calls are the illest...

makepeace12 fuck man INO made me finally feel alive again after this gay ass virus shit tanked my shit the past two weeks.

locked in profits at 3:59 cause I ain't trying to be greedy in these market conditions.

fuck man it feels good to finally be back up.

slowand-old Is $INO going to the moon? One of the first that started working on a beer vaccine and now the first to announce upcoming human trials. Also a few other drugs in the pipeline that could make short term calls and medium term leaps worth barrels of tendies

Omnifi Short $INO as they mooned today. After the hype dies down about them testing a beer virus cure in April and the fact that they have an earnings report coming up 3/12 they'll miss it will be some easy tendies.

Dumberjack swing trading INO has been pretty profitable. anytime the market panics, it goes to about 7, only to fall back to 4 or lower on good news. i know it's technically an under 10 penny stock but i've seen plenty of talk about it and other low dollar pharmaceuticals due to corona. sold my 3/20 7C's for 400% this afternoon and got back into 3/20 4P's

Thinking a step ahead...

The91stGreekToe Does anyone have an idea of chemical manufacturers that produce precursors to Remdesivir? If this pans out to be a viable solution to COVID-19 it might be worth looking into. The reason I bring this up is because option pricing spiked for $INO.

throwaway2676 Imo vaccines are the wrong approach. On top of the mutations, they take forever to test and approve. Maybe Israel or INO can get the ball rolling quickly enough, but odds are covid-19 will be a bad memory by the time anyone has a validated vaccine. I'm more interested in the antiviral and monoclonal antibody testing being done right now.

Warning: Editorializing I concur. As I've said, "INO Nothing." But I've come to the conclusion that the experts don't know all that much themselves, including WHO, CDC, and the equivalent orgs throughout the developed world. I've spent hours reading the interwebs and asking questions on the social medias and I think antibody testing will be the key. The current RT-PCR testing being done throughout the world seems only slightly better than a coin flip (per study by Radiological Society of North America). Tests take a long time, they're not accurate, and they're complex to administer. Testing theater. Antibody-based tests will be faster, easier, and more accurate. 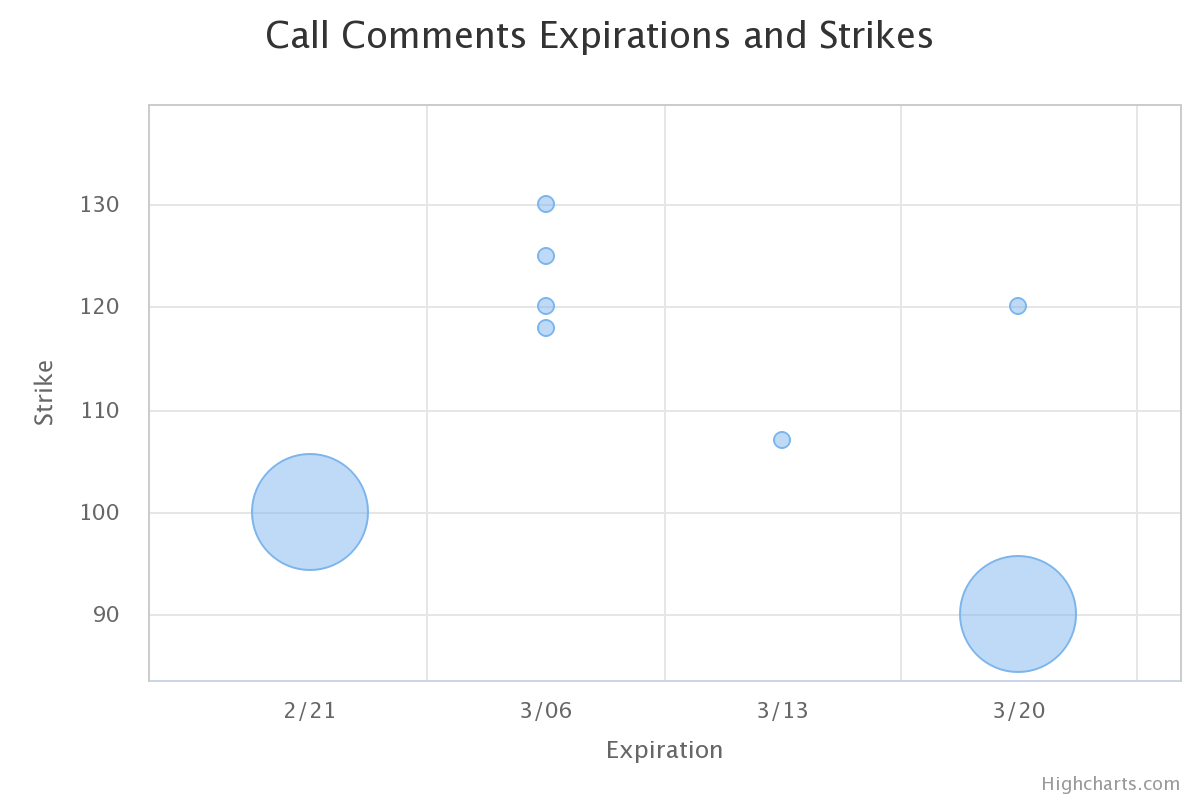 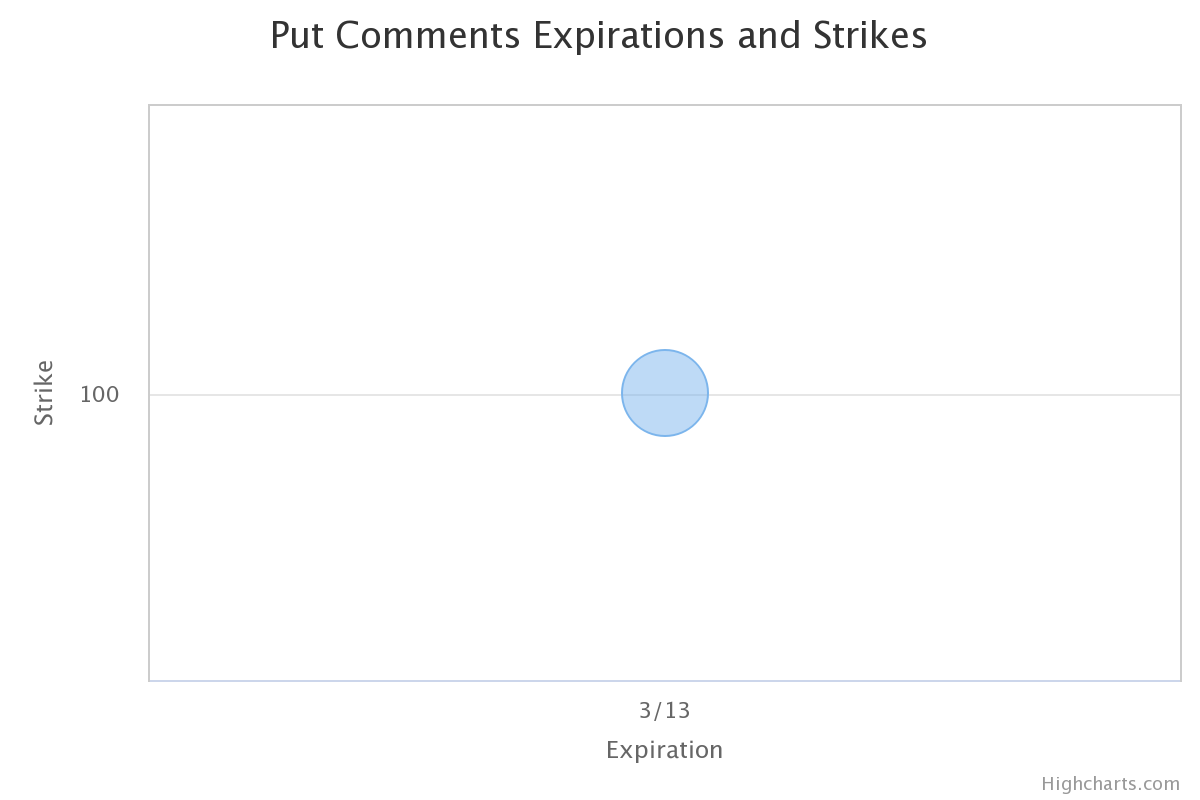 Always_Excited Zoom (video conference company earning) is after market today. They've been getting a lot of attention from companies canceling person meetings. Their revenue has to be exploding. Guidance must be huge.

I've in for some autist strikes.

Maybe one day the valuation will matter...

motterpaul Just FYI - watch valuation. That stock is trading at 200x sales (way too high). It's one of those magic happy stocks. Probably why it is selling off going into earnings on up day.

Mr_Burkes ZM is a CV inverse with earnings coming up. I expect sideways trading and a crash at earnings.

KimJongUnsTrousers I disagree but thank you, have an upvote, so tired of Bulls/Bears R Fuk. ZM hasn't quite been the inverse like APT or Lake, which were pure hysteria plays. The earnings numbers won't matter as much as the forward guidance and downloads. Anecdotally, my firm and a number of large companies I have friends at are all being encouraged to work remotely if they've travelled to Asia for the foreseeable future. The CV impact should lead to more DLs on a global basis so I expect quite a bit more upside.

Did they get enough of a boost from late remote work surge to satisfy expectations?

Mr_Burkes I considered the same thing and scalped good money on ZM calls.

But does CV equate to more enterprise sales? Surely, people working remotely had a solution before CV? I think that the run up has been speculation. Hence, I believe that it will trade sideways and crash once numbers fail to meet the speculative, CV propped bull hypothesis.

May the best man win!

GypsyPunk What do people think about ZM calls? Run-up from possible further virus fears and remote work situations and/or earnings run-up during market bounce into ER?

LongdrivesSteeplines Calls? It is free to sign up for normies and it would take most companies at least a quarter to approve an enterprise software change like that.

I use Zoom. Most people I've worked with use Zoom. I'm not sure why, but we do

tychus-findlay Shrug, I think ZM outside of being the meme telework stock, is also growing like crazy. They're becoming the goto VC