Luckin Coffee (LK) caught the Bat Virus (or is it the Rat Virus?) 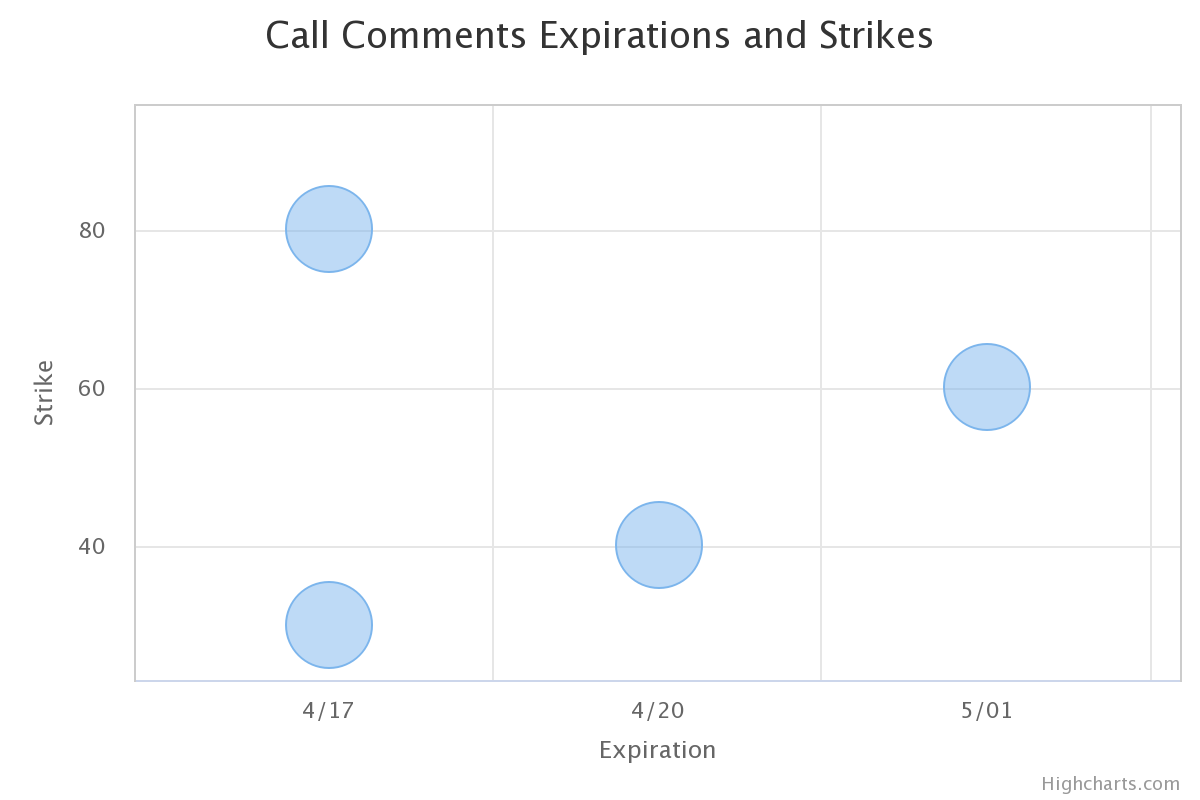 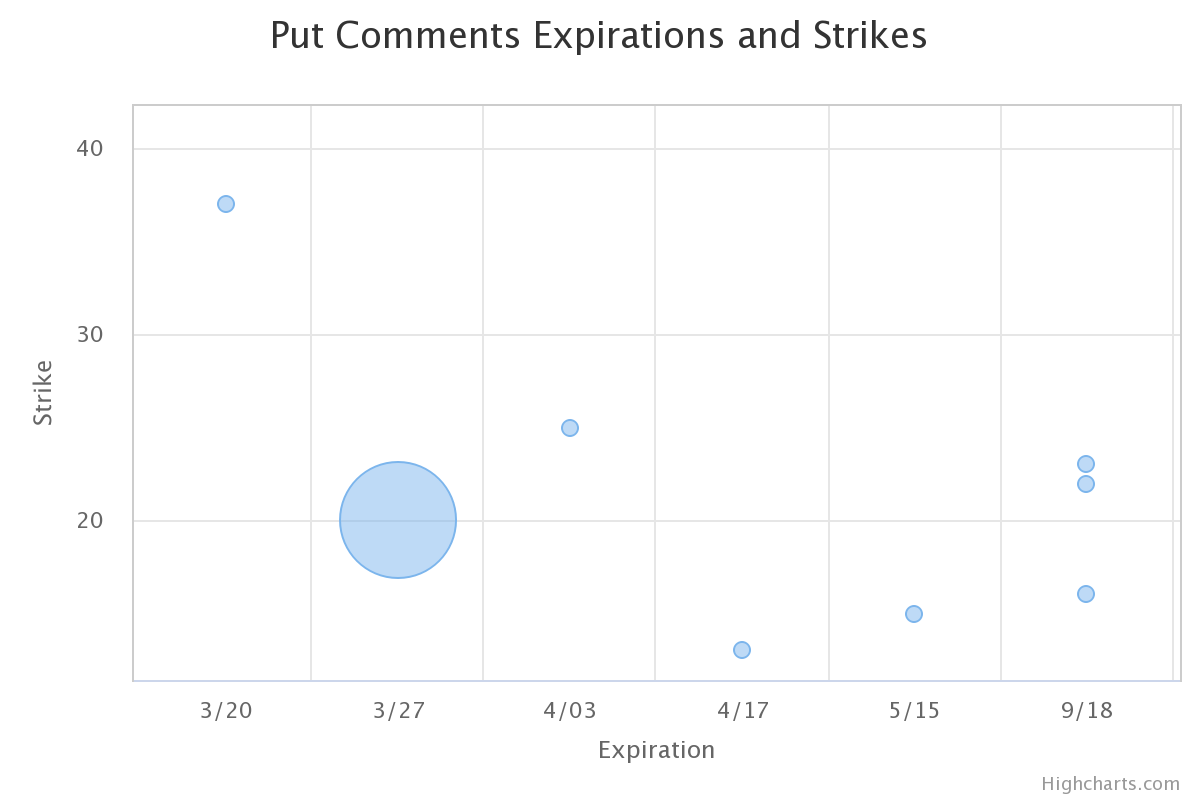 thewizardofsnoz NEW: Luckin Coffee plunged over 80% after disclosing it is investigating alleged fabricated sales of RMB2.2b (about $310m) last year by COO and staff. That figure would represent almost half of 2019 sales. Most 2019 financial results no longer reliable, $LK says

NAh94 Just when I thought China was going to be ok I bought LK FDs and now here we go again.

NervousTumbleweed Thoughts on Luckin Coffee (LK)? Chinese coffee rival to Starbucks, super aggressive expansion...and they like sell shit online also? Idk. Was valued in the 40s and is at 25 rn.

With China recovering i imagine their stock bounces back faster than American companies.

LikeMyekal I love this play fwiw. I kind want to buy a bunch of LK shares and dump at end of the year. They’re motivated to really try and hurt Starbucks.

moonski $LK be cooking books like its meat from a wet market d_the_head might buy LK because the books may not have been cooked that bad. but i'm severely autistic

Fraud: if you don't know, now you know, Zoomers

That was some shit DD your investment team did on the accounting.

“You have to avoid these Chinese companies like the plague...How many times do investors have to be burned in these companies that are just too good to be true?” - Jim Chanos, who made 70% on the short side.

Thatonedude25 I mean, I think everyone knows Chinese companies are fraudulent, but don't bet against it because the Chinese government probably would use their full might to the cover it up, or at least we thought

Don't beat yourself up for not buying LK puts, if you bought SBUX puts though...

The story of US-listed Chinese fraud companies is not going away:  “There are some significant issues related to Chinese stocks listed on public exchanges,” he said. “Fraud is ubiquitous. There are issues related to fake receipts, fake invoices — hardest stuff is fake cash balances because it’s very hard for auditors to penetrate that wall. This raises real issues that then go down the line.” - Peter Navarro, Director of Trade and Manufacturing Policy

Tbenson65 LK news is the response to China lying about the resurgence of the virus. Our state department definitely tipped off the auditing company. Economic warfare. Relations with China are set to worsen

Why are Chinese companies listed in the US exempted from auditing standards applied to every other listed company? Winter is coming...

Desmater Did some research, CVX has better balance sheet and CEO even said dividend is safe.

XOM is more profitable when oil is at a decent price.

Both are pretty solid I think. But CVX seems to be stronger cash wise.

Others have too much risk.

stvaccount My friend in Oil said right that: $XOM and $CVX are top, next is BP.

One thing he said though: $XOM has the better PhDs compared to $CVX. He has a PhD in the field, and he said $XOM is the most difficult of those companies to get a job. He also said that $XOM might need to pay some more fines for environmental cases. I went for $XOM, but would consider $CVX in a drop. I have to remind myself that I probably need to hold this for a very long time (3-6 years) to pay off.

Well, I also use it to hedge my renewable investments (solar + pumped hydro storage; would do compressed air, but did not find something good).

magnus87 XOM is likely going to have to pay their dividend with debt. They're both good long term, but in the near term CVX is a better bet this time around.

Lone_Logan I got in real cheap when VLO was around 30 dollars a share. Honestly, I'm going to let the contracts I have ride, they're almost all ITM.

My biggest play of all I'm researching now. I'm trying to talk myself out of it.

Exxon has been 70 or above (only briefly dipping down to the mid to high 60's on a handful of occasions).

I'm thinking about loading up on them, pretty much everything I have available.

I just need to look into where they source the oil, and get an idea if geopolitics would prevent them from rising back up.

VLO and XOM remain my favorites simply because of the room for it to bounce back, find a strike point in the middle with high confidence of at least getting to a point I'm ITM with time to decide if I need to exit or stay to profit.

VLO has a higher ceiling, and their earnings look like they have more potential. XOM seems more consistent and has the benefit of being a household name.

To be fair... I'm a long time gambler, just got into investing about a year ago... And am probably gambling more than investing. I know more about current events than stock analysis... Just riding the black swan wave down, and hopefully double dipping by riding back up.

justafish25 I’ve got oil puts since they went up 20% plus last week even though oil slumped down to its lowest point and looks to be headed lower this week. Oil is a dying industry. Sure it’s got 20 years in it but you’ll never see high P/Es in it again most likely. It definitely has good upside. You could make a lot of money in CVX and XOM calls when oil finds a bottom

thewhiterider256 I think oil will keep dropping. There is literally zero demand for it going forward. As for April puts though, yea, you probably fucked

Charliebush Single use plastics come from natural gas and crude oil. I believe demand for those are already skyrocketing.

EatAlbertaBeef They all come from natural gas not crude, you'd have to break crude into smaller building blocks which nobody does b/c they actually know what they're doing

E: Also worth mentioning most Canadian gas wells at least are losing money and have been propped up by C2+ fractions (typically <10% of production) in case anyone is wondering why large gas producers havent even seen a dead cat bounce (eg Ovintiv)

Charliebush Why do oil refineries do? They refine oil into smaller building blocks. Do you think they’ll just dump potential profit after only making fuel? HGL output will increase with plastic demand. Also, what oil refinery does not have HGL processing capabilities at this time?

EatAlbertaBeef Distillation isn't cracking and C2-C5 "gas liquids" derive overwhelmingly from gas wells, they only show up in US refinery figures b/c Permian stuff is so ultra light. The real plastics play is Dow Chem, etc who benefit from lower feedstock costs not refiners or upstreamers.

Charliebush Appreciate the input. Did not realize the gulf and Chicago refineries dealt with such heavy stock only, but makes sense given XOM’s shutdowns. I’ll adjust my plays accordingly.

EatAlbertaBeef A lot of them got cucked expecting Keystone to bring diluted bitumen down and have tried to retool for lighter feedstock as Permian stuff is practically gasoline straight from the ground (doesn't need much distillation but storage is way more difficult).

At least XOM has a Gulf ethylene cracker, but it's worth mentioning a ton of C2-C4 polymer plants sprung up there due to cheap gas so you might want to check out up-to-date industry reports to see if they're oversupplied

Chewy has been a flight to safety stock so far... 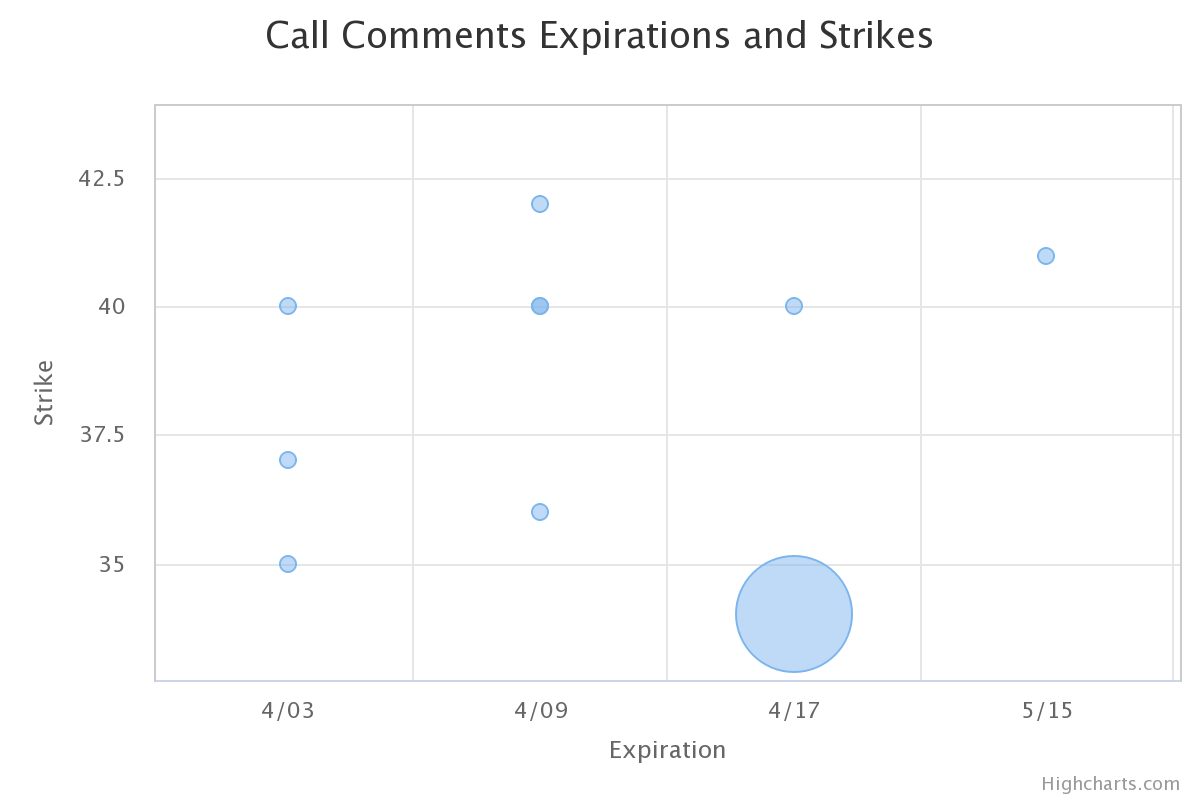 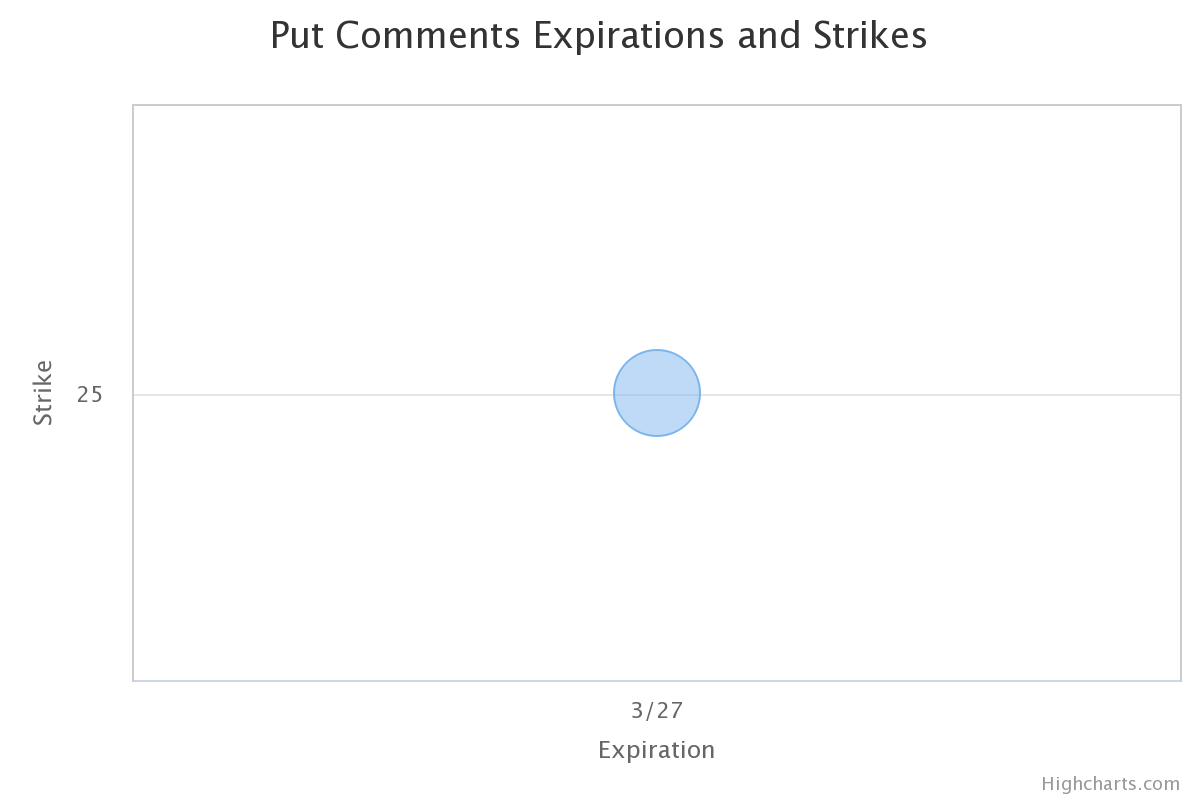 NervousTumbleweed If tomorrow is big red I’m thinking I may YOLO some 4/3 CHWY calls.

Solid company, I use them for my pets and I always see their boxes on people’s stoops/trash. Resistant to the market downturn over the past month, online delivery so with less people going out that’s a possible plus for them.

Edit: Yes, it has been rising. My bet is that it will continue to rise. Personally I think they’re going to become massive, but that’s more long term. In the short term, if they pull off a very successful 4th quarter that’s their first full financial year they’ve reported basically getting a gold star. I think people will get excited.

I also literally know fucking nothing, and am quite stupid. This paltry BS DD is the most research I have ever done. Do with it what you will.

Edit: AND its current price is just below what it IPO’d at. I view this as them having taken the last year to fix issues with their business so that they are now in a position where they are as valuable as they promised to be initially, and poised for growth. They didn’t pop to new heights over the past month.

nihilist1994 I work in a PetSmart distribution center. Petsmart owns chewy but it doesn’t really fucking matter, point is is that we sell the same shit. We had “record sales” for about 2 weeks leading into this weekend, but demand for consumables (pet food you fucking autist) has returned to normal, as pet owners who have stocked up on extra food have slowed down on buying. Many people have been told to go home early recently, as the anticipated panic buying dropped off a cliff. While demand appears to have reverted to the mean, we suspect that it will actually drop below mean, as people who have stocked up will probably not go shopping for awhile. Since pet food is inelastic (Spot and Fluffy can only eat so much fucking food) I don’t believe it is possible to sustain the level of sales we saw last week. This is important because the main driver of sales in last two weeks is pet food.

Opening-Risk CHWY should've seen a huge jump in sales. Embarrassing they call themselves being resilient.

Could be worse I guess. Seeing them worth .05 tomorrow morning gonna hurt tho

d_the_head i'd bag hold and roll out. everyone wanted revised guidance. they said it wouldn't be prudent. i think we'll keep seeing stock price increase while we wait for June announcements for current quarter results.

ringrawer I buy my dog through Amazon because I can get other stuff like coffee for my french press.

Why do you prefer chwy any ways?

blade00014 Vériste and brands you can only get on there