Will Uber slay Lyft during the Social Distancing period? 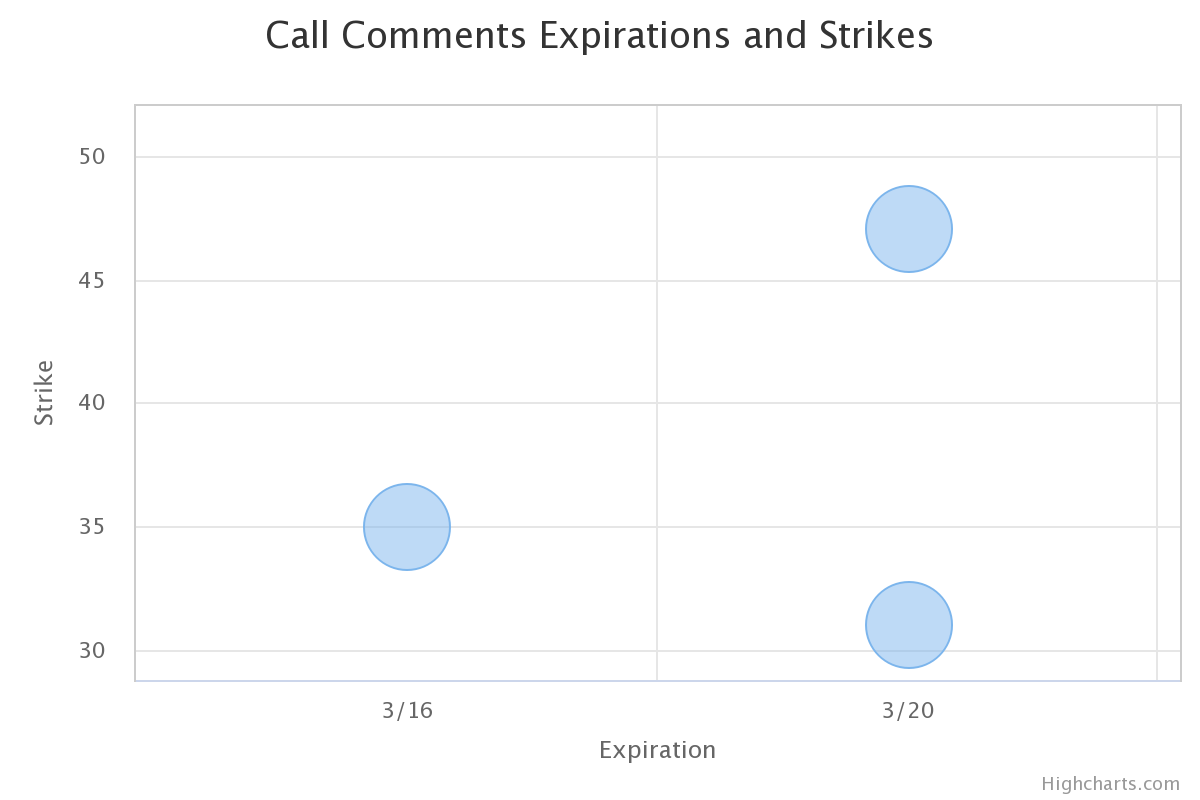 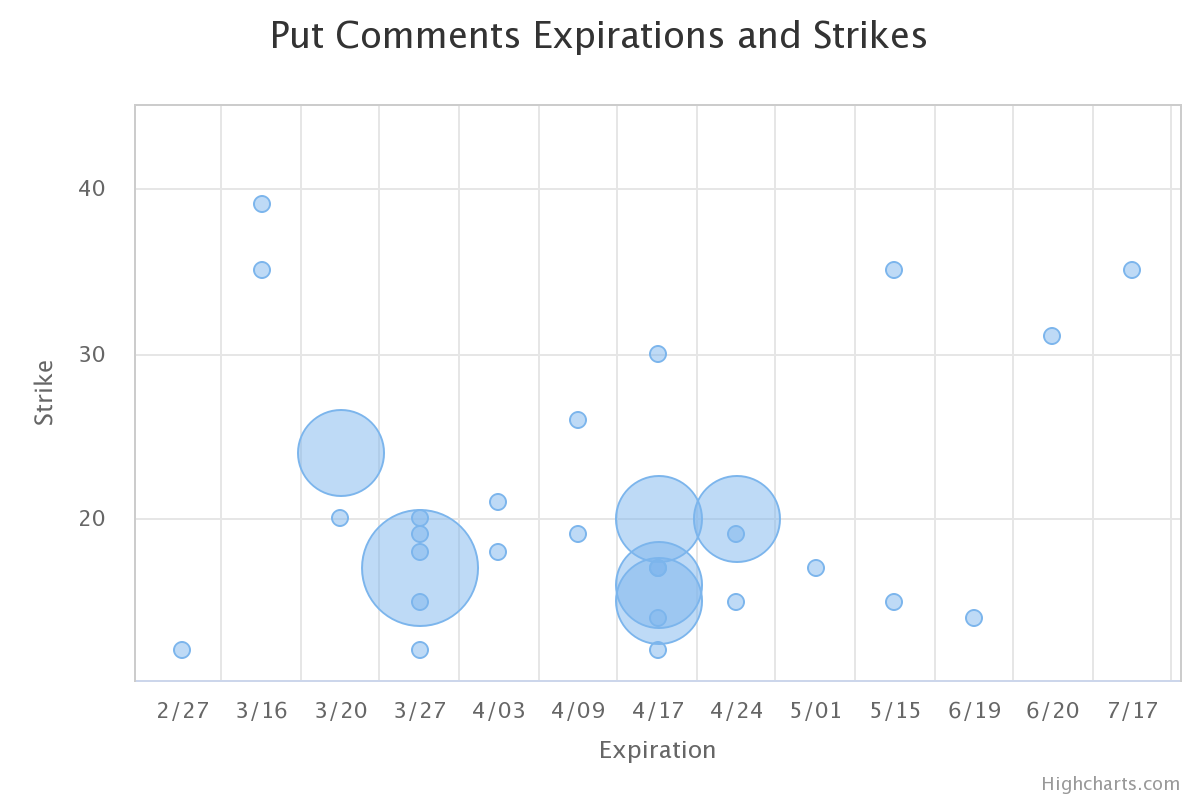 contentCreatingLad Death to Lyft? Alright, Autists. Uber and Lyft were already on thin ice from stakeholders to reach profitability. Both of them basically burned through cash this Q paying a fuck load of $$$ to autists software Engineers like us to be on wsb during their work hours. Uber clearly has more fire power here. I'm already seeing Uber discounts that Lyft simply cannot match. I think there is a good amount of meat left on Lyft. Short Lyft long Uber.

salacious_lion I don't give a shit about UBER and LYFT I just see very cheap calls and volatility. Those stocks are down 60% from a month ago and they have shitloads of cash. They are trading like airlines but their risk for bankruptcy is ZERO.

Has Eats gone from Uber liability to asset?

a_really_big uber can double down on food delivery which can expand into groceries need be. they have the chance to take over a gap in the market. also "Between June and September 2019, Lyft lost $463.5 millon.[22] The company recently indicated that it would projected to be profitable again by fourth quarter of 2021.".

LYFT has no out. their drivers are taking huge losses and once they start either moving to uber or to another platform or industry entirely, they're done. I think uber is done too, but I think its too early to call. LYFT seems like the choice and with my personal experience this year being WAY higher prices and way higher wait times.

Uber is also in a lot more markets other than the US where labor costs are cheaper so their spread isnt as bad as LYFT since most of LYFT's drivers are earning US wages.

jpoms13 Numerous people I’ve spoken to have transitioned away from the subways to taking Lyft/Uber despite the significant cost difference. On top of that if you think the yellow cabs and Gypsies in the city are offering purell and wipes to their riders your crazy but that’s a luxury Uber drivers are providing riders at their cost and not the company’s.

I’m not saying that transition lasts forever and that these same people don’t end up remotely working, just don’t think because a form of public transportation is available to short you should short it.

puremojo I don’t think UBER/LYFT can go much lower. I also expect that as the lock downs are lifted and as things open back up, guess what all the people who’ve been stuck cooped up in their homes will want to do ASAP....travel! And that might just be to local bars and restaurants but everyone is staying home, many companies are compensating, sometimes with 125% salary, so people won’t be shy about travel, at the very least about taking taxis.

Also, according to RH, fair value is $44.00. Currently dancing around $18-$20, it’s a steal and call prices are super cheap. $36 strike for September 18 is still less than a dollar (my position). 6 months from now (August), I think people will be back to going out to bars and things will be in near full swing. Recovery to January levels might not be that fast, but REGARDLESS, the value of your position WILL go up if you buy now. I don’t believe UBER will dip below $17 at any point. If it does, it won’t be for long.

Bring on the hatred.

The Legend of Zillow (Z)

Will the stonk market lead real estate down? 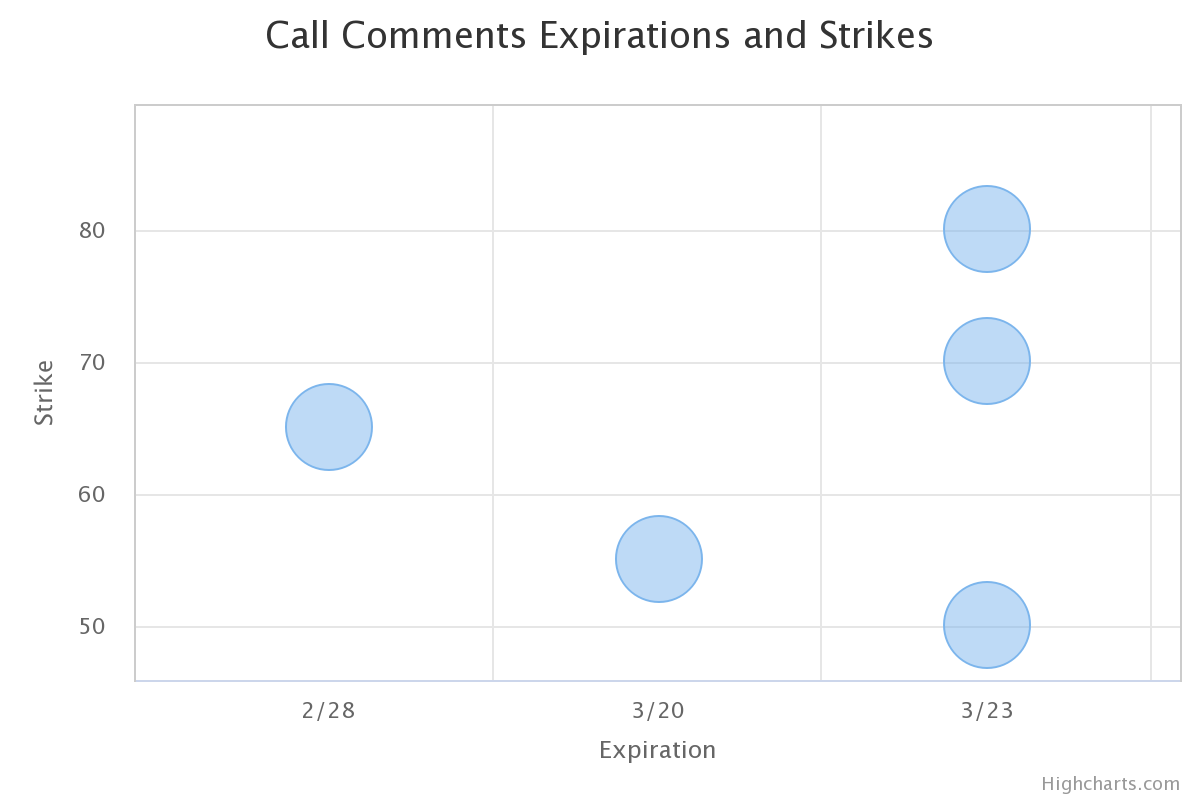 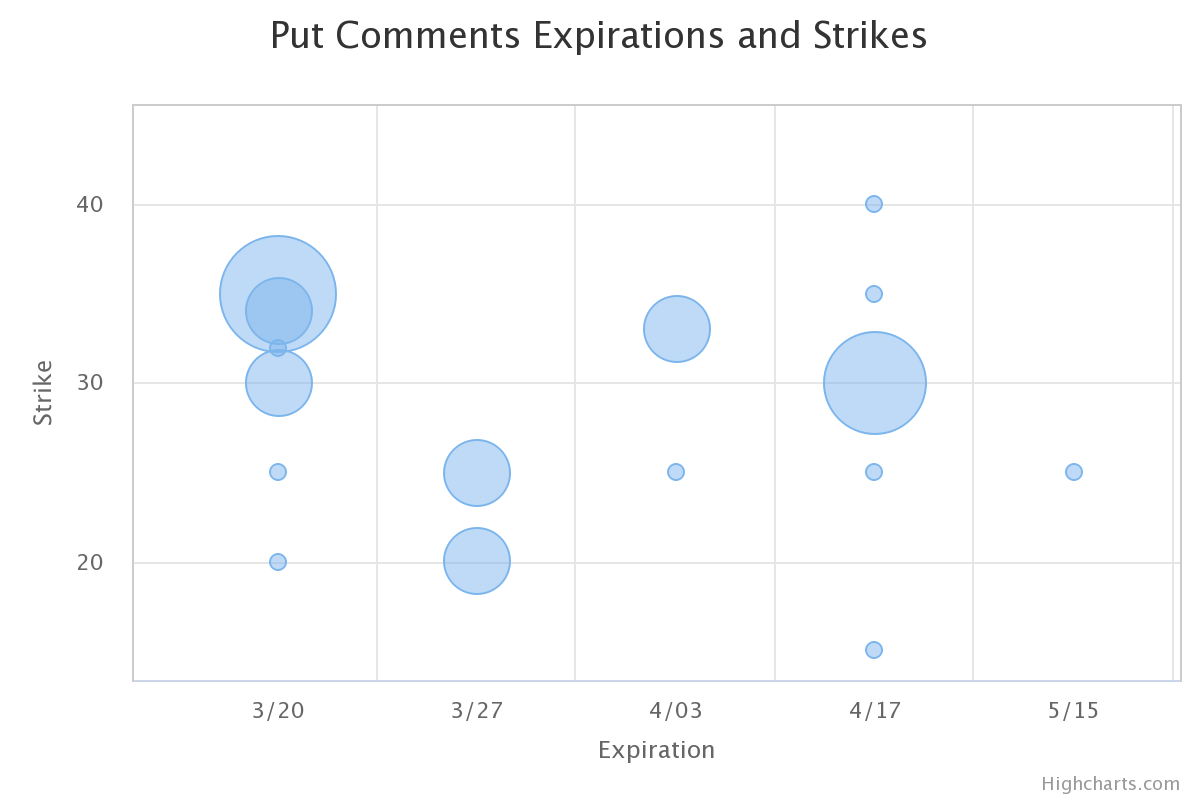 stormwillpass It's crazy how often people have been posting about $Z (Zillow) in the last few weeks and the premiums are somehow still not crazy high.

Do WSB autists think that open houses are going to be exempt from the quarantines? Do they think banks are going to be eager to lend money during a liquidity crunch? Or maybe they just have faith that Zillow, which somehow loses money on every house they try to flip, will now be super good at it in this environment?

Michael__Pemulis Zillow makes almost all their money from realtor ads.

cognisseur You think realtors are going to be doing well in the next several months?

Michael__Pemulis No they will get hit for sure. The ones that thrive will do better than they would have. But virtually every agent with less than 5 years experience are fucked.

Plus they will panic & pull their ads first.

Source: sold those ads to those agents for that company for 3 years

mywifeleftme_420 I'm now quarantined in a 600 square foot house with my GF while she's in the midst of a mental health breakdown. I gotta say, taking care of someone in the depths of a self-destructive meltdown while the world is collapsing around us has been super overwhelming. But wsb has been a little light in all the darkness.

Amazon sells products and services. Its Moronic to compare Z and amzn.

Zillow doesnt sell anything of value to consumer. They have to rely on agent advertising to generate revenue. w/o agents, they can't survive. Once Real estate goes through downturn, Real estate agents disappear. 1/2 of workforce gets annihilated. The strong survive and they cut down substantially on advertising. I could go out tomorrow and Buy 5B worth of cars and sell them next month for 5B. It doesn't make me a Billion dollar company if I dont make profits.

They know they cant survive on the current Business model so they have ventured into house flipping which is an extremely difficult thing to do. They have been operating at a loss IN A BULLL Market. Just like stocks, homes can lose value really quick and a lot more dramatic than stocks.

Do you see what Im trying to convey? Z website is nothing but a website that displays data from MLS feed. The realtor association owns the data. They dont own the data, they dont receive it from agents, they just copy it from MLS.

Yeah, its a billion dollar company...lol

Peloton because Becky can't go to the gym... 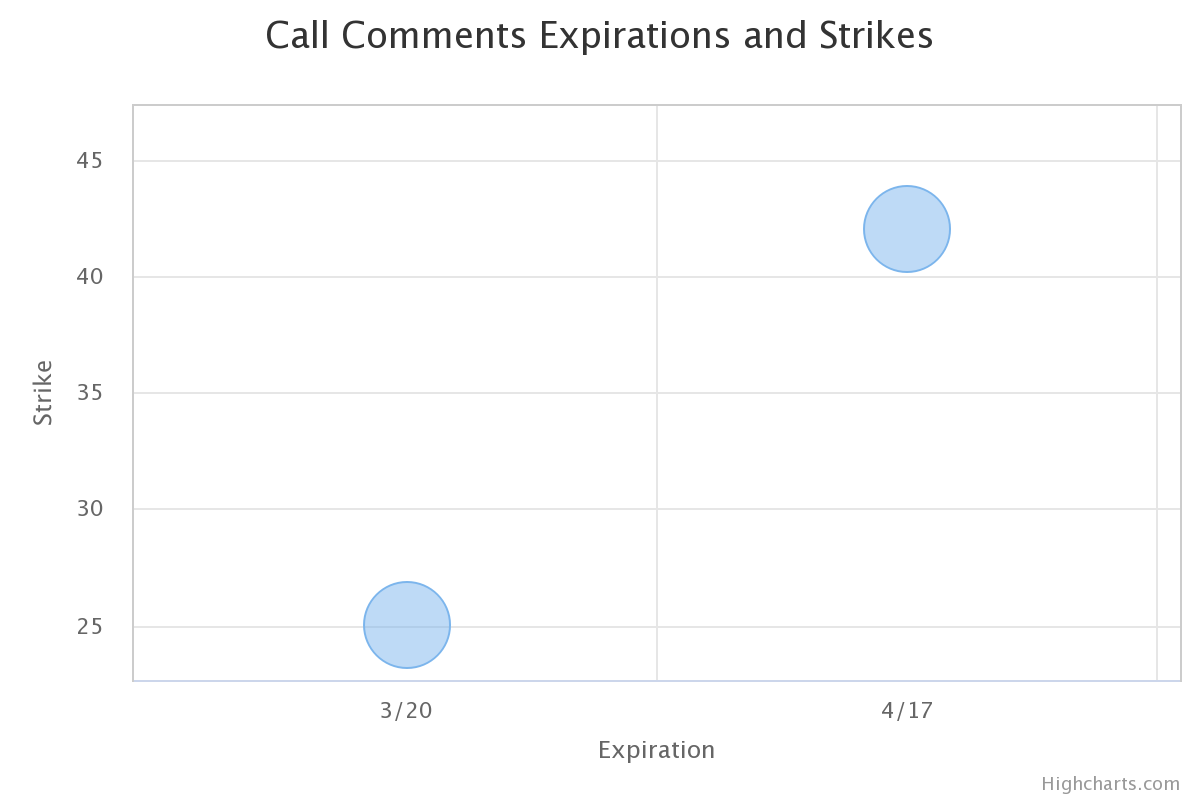 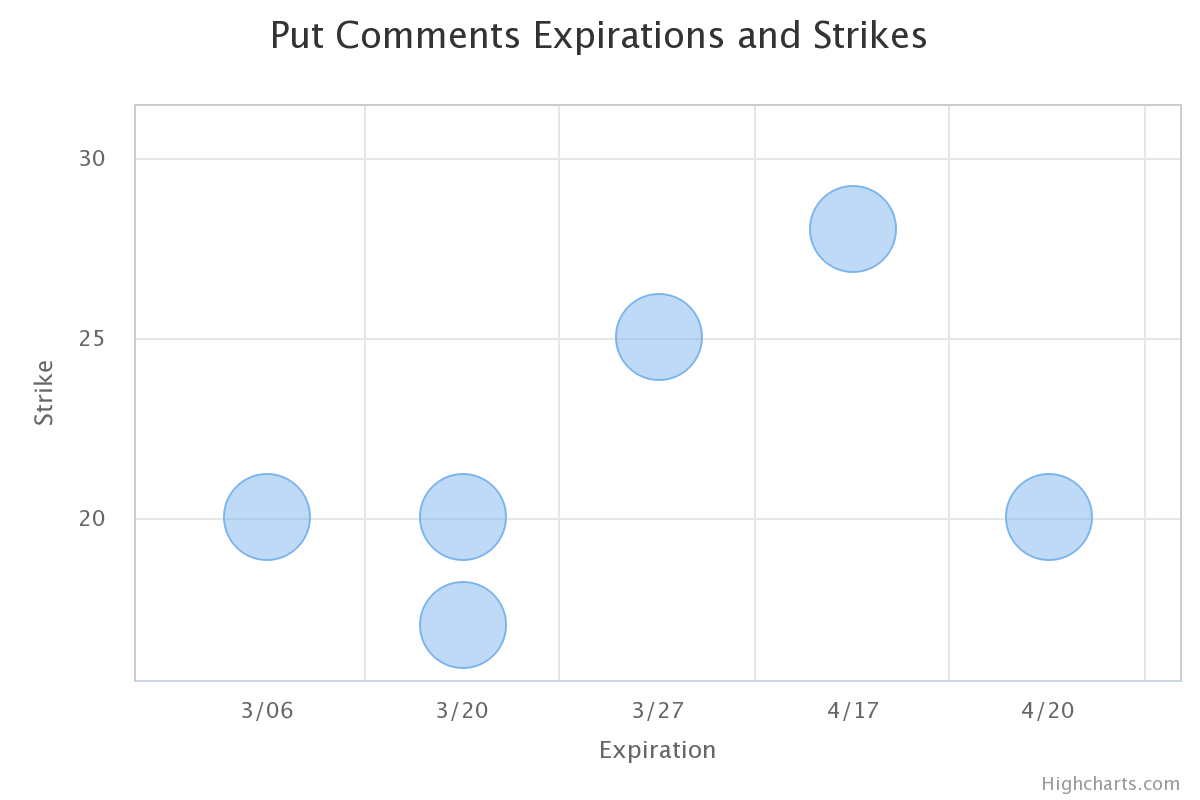 FudgieThaWhale Alright so my fiancé, being a normally reasonable and sensible human being, woke up this morning and let me know that we’re getting a Peloton bike because the gyms around us are all closing.

Me, being autistic, had immediate Vietnam-style flashbacks, complete with “Fortunate Son” playing in my mind from that time when I bought calls after their IPO and lost my dick.

However, now that wealthier metro areas are going on lockdown from the virus, lots of beckies are going to go into workout withdrawal without being able to flex their Lululemons on Sharon at the local Crunch Fitness.

So what’s the point of all this? PTON is probably going to see a big spike in sales which at least in the long term is going to give them a boost in recurring revenue from app subs and bike sales from spastic beckies during the virus shutdown.

ProfessorHamHands Peloton is trash and so are you.

Nobody paying for stationary unicycle?

Storytime Listen up tards, Becky aint going to be flexing on any one, she lost her job at the coffee shop. And your girl just came down with a wicked cough, she is on bed rest.

Not to mention PTON is a legit retarded stonk.

This retarded company is hemorrhaging cash and unlike useful companies that Donnie Autismo will bail out like BA or whatever his daughter tells him to, Peloton makes a fucking bike that goes nowhere.

I looked at their financials, and not only am I mildly drunk, but they lost a fuck ton of money. -341% EBITA growth for 2019. People are losing their shit over toilet paper, no one is buying a goddamn stationary unicycle, fucking thing only has one wheel. 2019 Net income of negative 200 million and the company has never operated in profit. Their 0.15 earnings surprise in Feb only happened because your wive's boyfriends bought them that shit over Christmas.

Fuck you guys, thanks for the put tendies.

kalegrg I agree with you and how peleton is a joke. But you have to understand that Rich people equate health to wealth. Equinox gym membership is around $275 per month which i think is crazy for me but people still arent deterred from it. PTON bikes if you pay installments are $59 per month and their online class memberships are $39. And if you consider how its going to be $100 per month regardless of what income bracket you are in, it is a drop in the ocean. Just like how i could not justify the market cap and the popularity of LULU, dont under estimate the power of BECKYS. GG all the best trading.

athene7077 My friend works customer service for peleton bikes and he was telling me how insane it's been this week.

I should of connected the dots and realized people are going to be stuck inside without a gym and that's perfect for pton.

Any other similar companies?

fuegocossack All the gyms are closed and rich people still have money for this kind of shit. I think PTON is risky for bears.

mojodrewski I mean if there’s anyone who benefits from all the tech cities closing their gyms it will be PTON lol. Large incomes having to work from home and can’t go to gym.