Are Disney Bulls on Pluto? (DIS)

As you can see from options positioning, the bears seem to be winning the day on DIS...


Requisite Update on How Our Newsletter is Dealing with Global Pandemic...

Are Disney Bulls on Pluto? (DIS)

As you can see from options positioning, the bears seem to be winning the day on DIS... 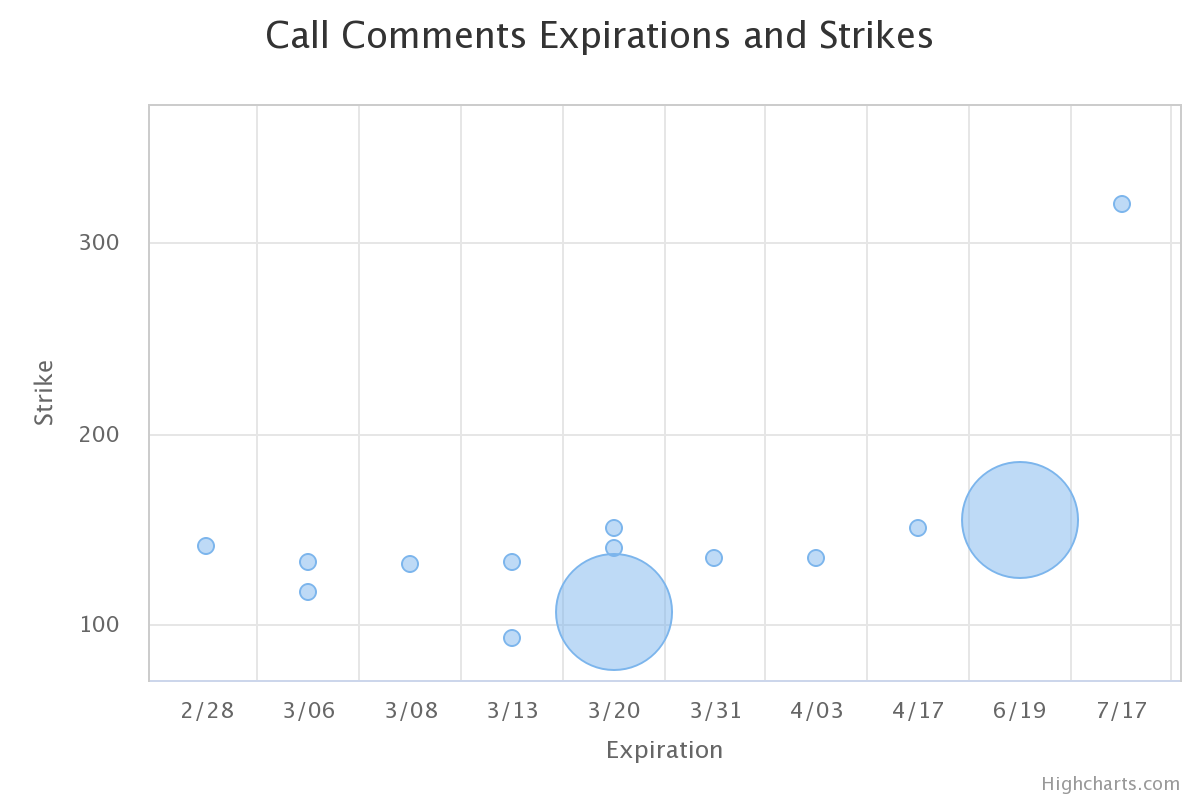 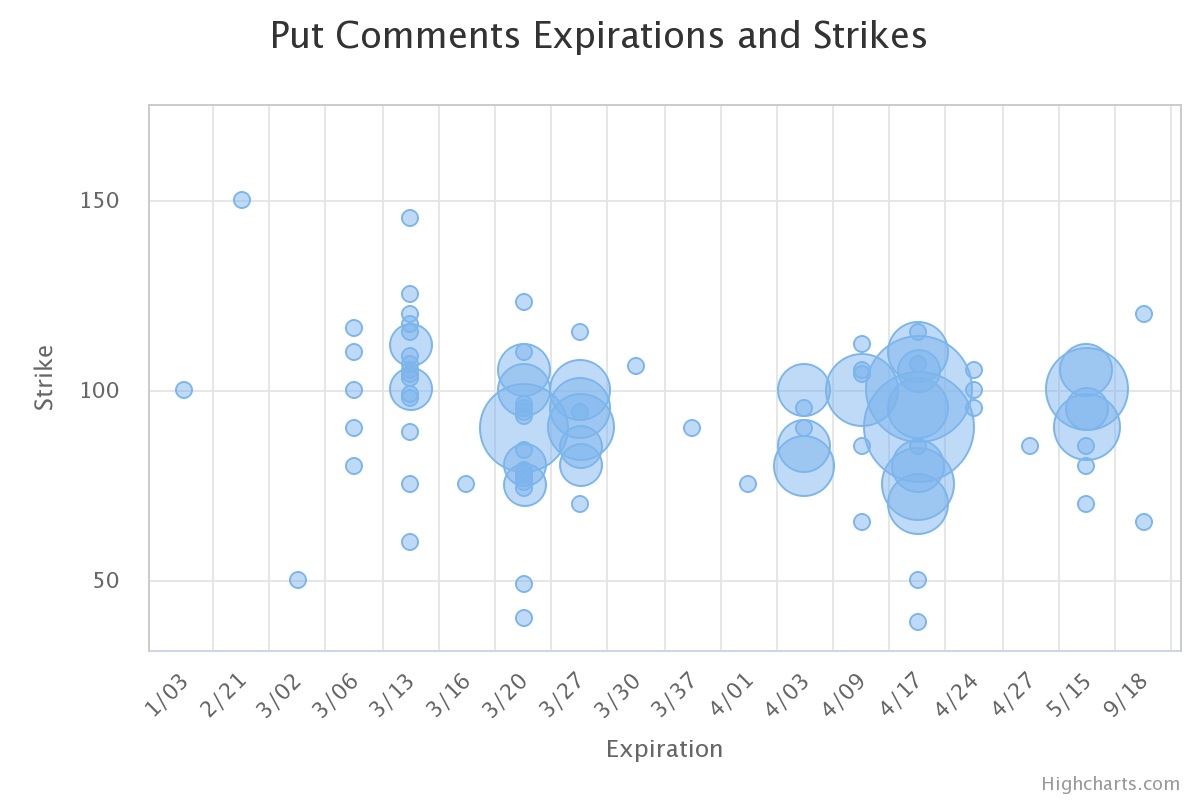 stupidgutsneverglory 40% of dis revenues are theme parks 3 out of 6 are shut and if they slow roll the u.s. ones 1 by 1 closing them on seperate days i want to assume it will fall 4% each time or a one off 8%. Dis wont die its fucking dis but seas might get fucked check the stats on their debt. hackers_d0zen DIS owns fucking Marvel and Star Wars. No matter what you may think of the quality of those franchises, they print money almost as fast as the JPow UnaffiliatedOpinion I am looking to catch some long term DIS calls soon because the mouse is going to power through and announce a new Star Wars trilogy or something else that'll print billions. It'll be down for a while but DIS going under? There's just no fucking way. It'll bounce back like nothing else

consygiere First of all - no, retard, nothing is priced in.

"Yeah, yeah, but Disney went from 140 to 115 already." So fucking what? Closure of the parks is inevitable and will be the main catalyst for the drop to 80. California is already closing schools, it's only a matter of days when Disneyland closes there. It will be followed by Florida sooner or later

Second - Mulan, and Black Widow premieres. Mulan was supposed to be huge money-maker for Disney this year, with main revenue from China. Hey, guess what - almost all movie theaters in China are closed (soon the majority of the theaters in Europe and the US will follow)

Ripdre “n fact, of the $4 billion in segment operating income last quarter, some 58% came from the company's parks, experiences, and products division, and another 24% came from studio entertainment, with strong box office returns from Frozen II and Star Wars: The Rise of Skywalker.

Unfortunately, that's 82% of Disney profits that are now at high risk from the coronavirus scare. There are a certain amount of fixed costs involved in running a theme park or producing a big-budget movie, so if people stay away from theme parks and movie theaters through the rest of the year, these main profit centers could quickly evaporate.”

Dansk_Arsenal2 DIS isn’t at its 52 week low. You said so yourself. It’s still viable to make money. Missed revenue isn’t price in. Sick of people saying that. It’s a cop out. Show me numbers that it’s priced in. It continues to fall. And closing of the flagship American parks would drop revenue even more.

I made 100% on my puts over night. I sold before the pump and I plan on buying up more Monday.

ElephantSquad So the thing is that these companies all still have double digit p/e ratios which, to me, is fucking silly. I don't think any of these things are done yet. DIS is still at like 16. Their income is from movies and parks, both of which people are not doing right now. IV is crazy though.

This line of argument seems to apply to near every service business now... 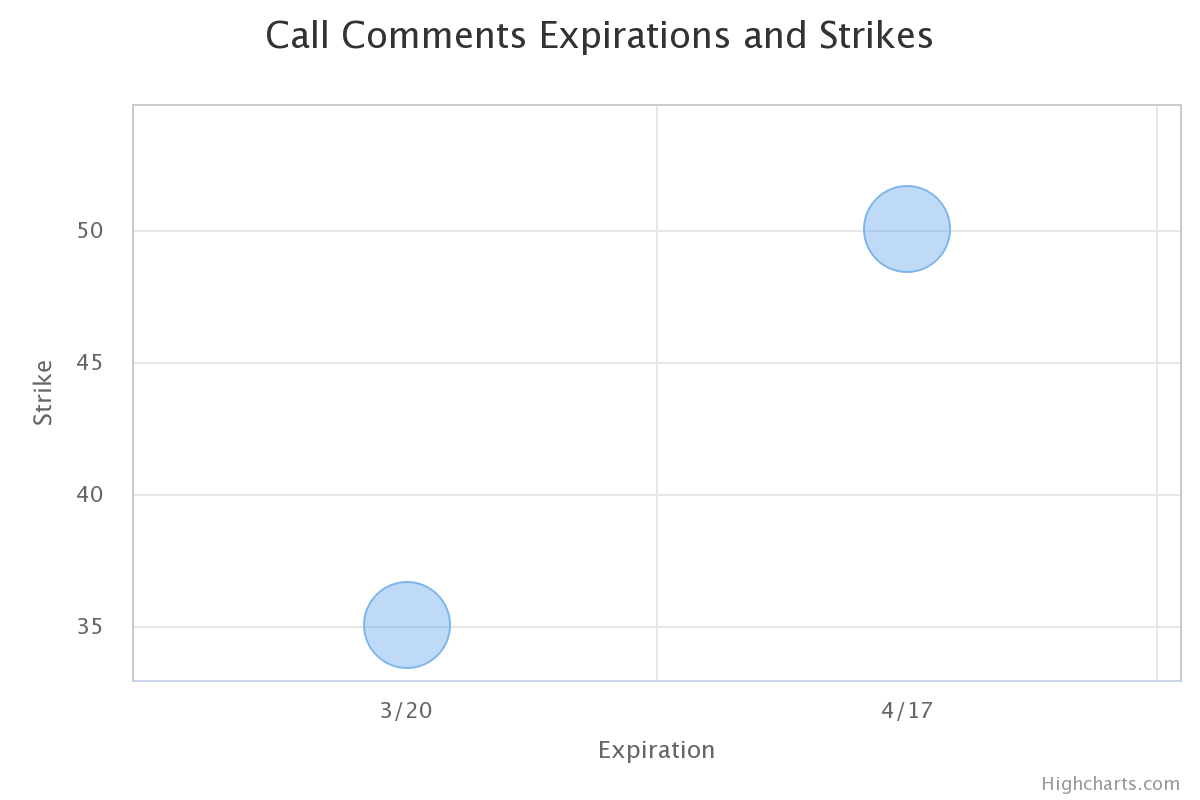 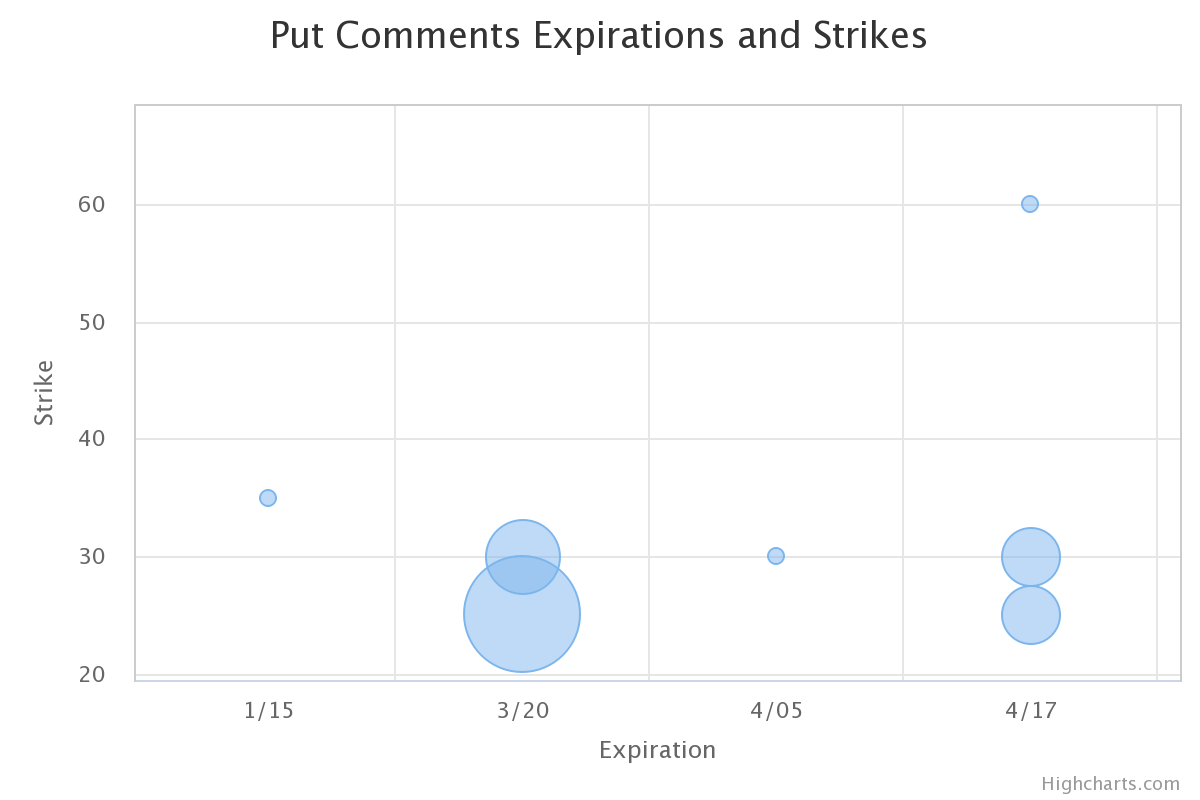 ThislsMyAccount22 Here’s what I’m thinking. WWE has been consistently dropping since cracking the $100 mark in April. The reasons it ran up (Network subscribers, FOX deal, Saudi deal) are beginning to fail them.

Network subscribers have decreased, with more to follow. There are rumors of WWE removing their monthly pay per view shows from the network and selling their rights to a perform , such as ESPN+. This would kill their subscribers, for most of them remain strictly for the PPVs.

FOX deal was massive for WWE (hence the run up to $100) but the shine is off that gem (is that the saying?? Idk) The product blows and ratings reflect that .

The Saudi deal brought in a bunch of cash (which for the shows to date I’m not sure is paid in full) and terrible publicity. Some of the bigger stars refuse to even perform in Saudi Arabia. Short term the beer virus might affect these bi annual trips.

Over the next few months, it will be interesting to see how the WWE handles the virus fallout. Tampa officials are meeting to discuss how they will handle upcoming events. One particular event coming up is Wrestlemania which would draw 90,000 people. As a wrestling fan , let me tell you, we don’t value hygiene. This many people gathering at once would be a prime breeding ground for the Coronavirus.

TranquiloSunrise Puts on WWE. Tampa is bout to get hit hard and Wrestlemania is still on for next month. As you know. WM is not televised but it's their biggest money maker due to gate and merch sales. They gonna get rocked soon.

OzzieP21 Puts on WWE. Wrestlemania planned in Tampa if the panic will stretch out to April. Can’t imagine they’d sell live shows very well either

Are we in the looking forward phase yet?...

originalmuggins No, I get it. It’s huge. But if you could go forward in time and ask how WWE is valued after having to skip its flagship events in 2020, are you really going to feel like it’s a lost cause or like any permanent damage was done, besides cooling off about 10-20% from its ATH?

Would Ted DiBiase come back to manage Trump? 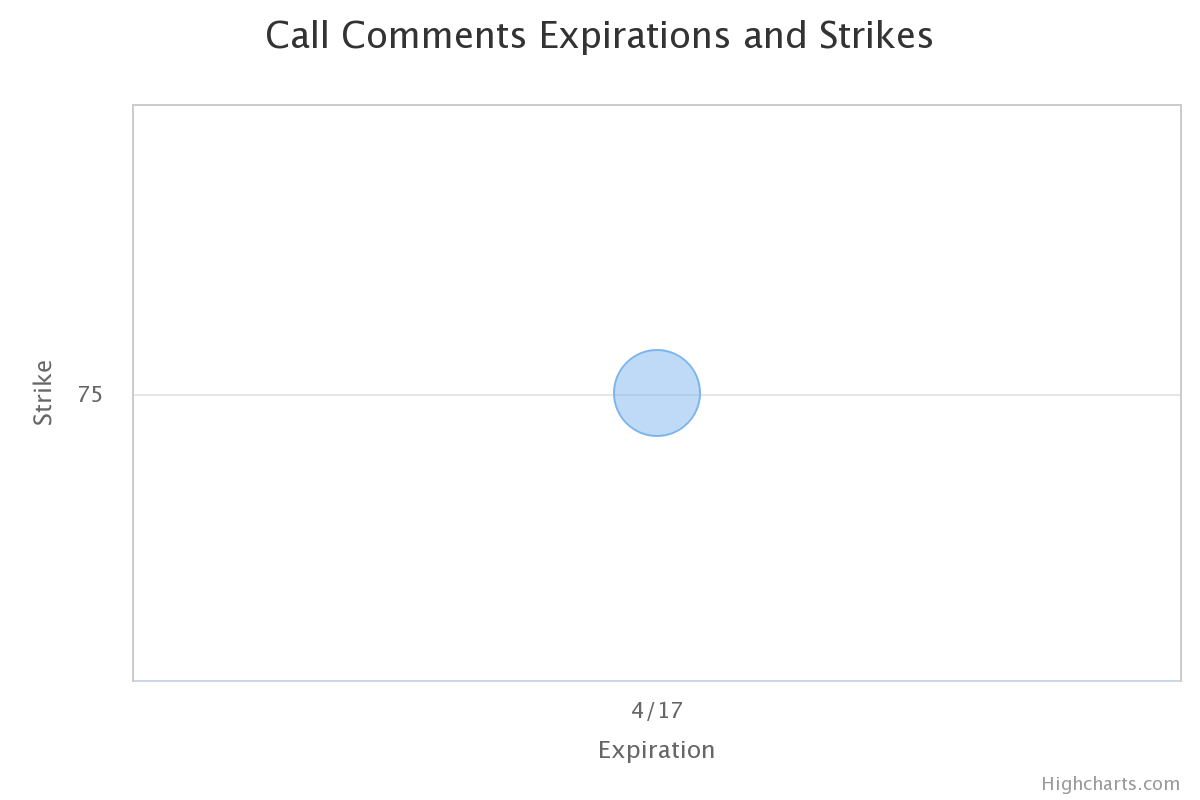 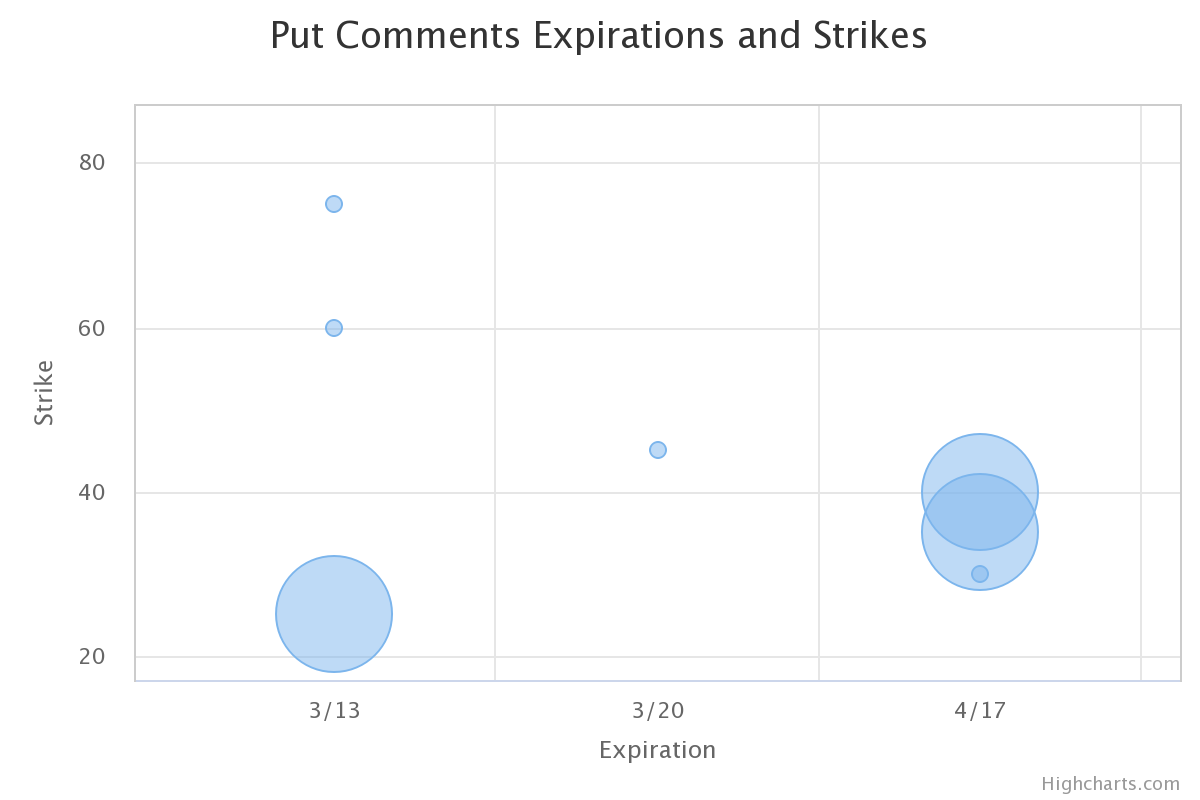 alitanveer LYV announced they'll be cancelling all live events throughout the country.

GMendelent LYV you are so ready to die. Just let go. You'll come back in another life.

Reasoning with the WSB undertakers...

reddderrr careful - these events for the most part will be rescheduled and all have act of god / interruption of service insurance clauses built into them... LYV has TANKED already. There may be downside left but to me this is a call play later down the line when this virus clears up.

MassiveHeron Do those insurance clauses cover sickness like corona virus? Based on what I’ve seen from MSG, they don’t.

reddderrr I work in music industry. These guys pay crazy premiums for insurance to basically cover anything and everything. On the artist side the act of god (war, epidemics, natural disaster etc) clause will cover the guarantee liability if cancellation is the only option and on the consumer side they will postpone wherever possible and offer refunds if you cannot attend. It’s a hit no doubt but Livenation and ticketmaster ain’t going anywhere.

Can’t comment on their deals with sports teams and the venues.

Tookie_Knows If we hit a full blown recession, LYV has way more to drop

Rotatos Pay attention to 2008, stop saying this can’t get worse I understand many of you can’t read but graphs are pretty and start looking at stocks from a 2008/9 perspective. I saw so many comments stating “can’t get worse than this”

It can and it will. LYV went below 5 dollars in 09 when it had over $20 value the year before. Think it can’t do it now? Lol

stoodi I'm thinking wait until the day a vaccine is announced and buy calls on pretty much any reputable company that has been hit really hard by this. Airlines, hotels, sixflags, disney, LYV,

Noobsicles LYV has a bit to go, I haven’t played SIX for a couple days, too slow for me but I made a good amount off it. FUN was also good but i’d start looking forward. Hotels still haven’t seen there full force drops I feel.

Disney has a lot of value by a ton of assets. They’ll be able to recover from something this fairly well. Yes it’s going to hurt but people have faith in some of these companies. They believe they’re likely to recover stronger than a lot of other ones. Business models etc etc.


Recent Posts
Teledoc Making House Calls (TDOC)
Zooming and Pedaling Through Corona with Becky and Karen (ZM, PTON)
GILD a gilded win this week
ATVI: the meme stock in a covid blizzard
NOK: Back to the 90's
A guide to investing meme slang
AMC: A Horror Movie
No Luck-in Coffee (LK)
WSB Putting Makeup on this Pig? (ULTA)
More Lyft in Uber? (LYFT)
Update from the TopStonks Bunker
Are Disney Bulls on Pluto? (DIS)
The Superlab (OPKO)
Robinhood down for the count
Everyone's a Weekday GYNA-Cologist
Draft Kings Trades Up To The First Round
Chads Drunk on Coronavirus
We're live!